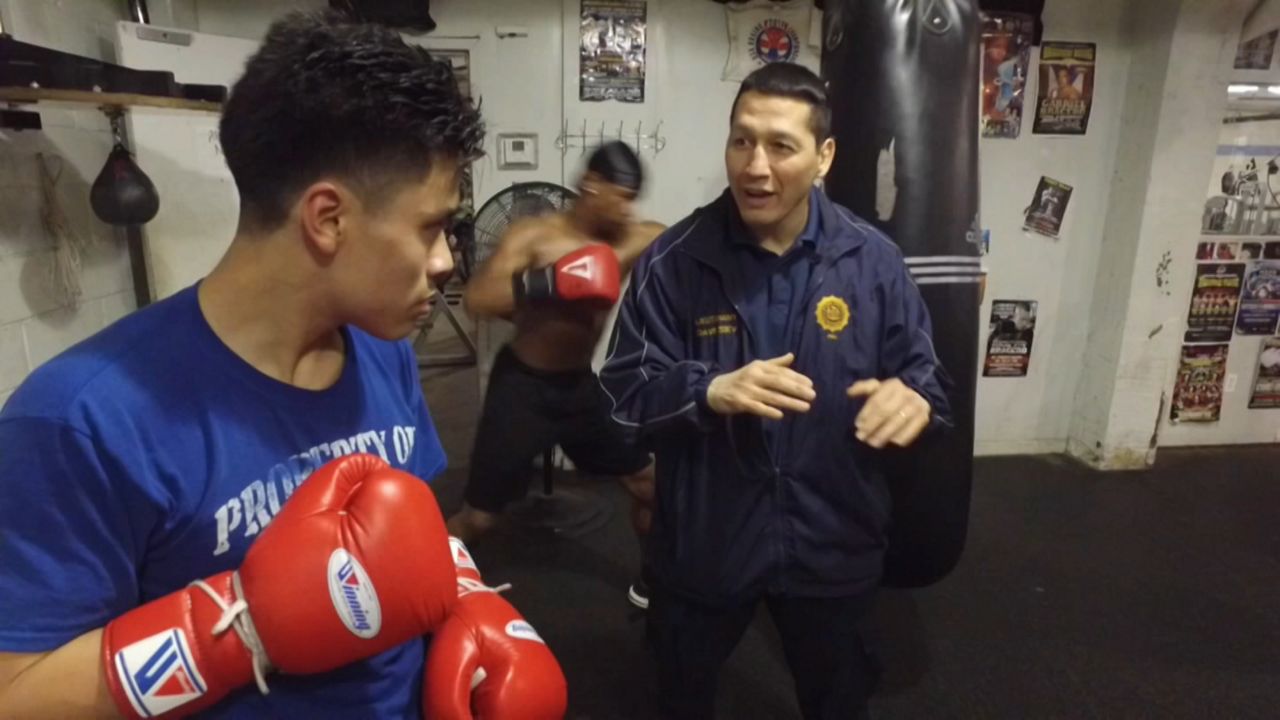 How the NYPD is Keeping Teens Out of Trouble with Boxing

Fourteen-year-old Nathan Mogollan started boxing two years ago. Now, he's training five days a week at a gym in Brooklyn that helps young people looking to stay off the streets.

"I just come from after school, every single day I come to the gym," Mogollan said. "There's like no other thing I do except for boxing."

The gym is part of the New York City Cops and Kids Boxing Club, which active and retired police officers run. Hundreds of children, teens and young adults ages 12 to 21, work out for free at the gym with the help of boxing coaches.

"Once somebody learns how to box, they don't want to fight in the streets, because it's a waste of time," said Dave Siev, an NYPD lieutenant who helps oversee the organization.

The program, Siev says, offers more than boxing lessons. He says participants learn basic skills that can help them far outside the ring.

"For every good boxer that we have, we have like 50 that aren't great boxers," Siev said. "But that doesn't mean that their time is wasted. It means that they learned some discipline, they're exercising, they're living a cleaner life."

Organizers say they had a recent setback: the place was destroyed. More than a year ago, a leak caused part of the gym to flood. Now, they're trying to raise more than $200,000 to repair it and provide a larger workout space.

Mogollan says the program has done a lot for him. "It helped me be more resilient and confident," Mogollan says. "When you get in the ring, it's like a different experience because you're, like, you got to be 100 percent right there."

"So whenever I have tests, I don't get nervous with everything," he added.

The program also operates two facilities on Staten Island, all run with the help of donations. Organizers say they'd like to one day have gyms in all five boroughs.