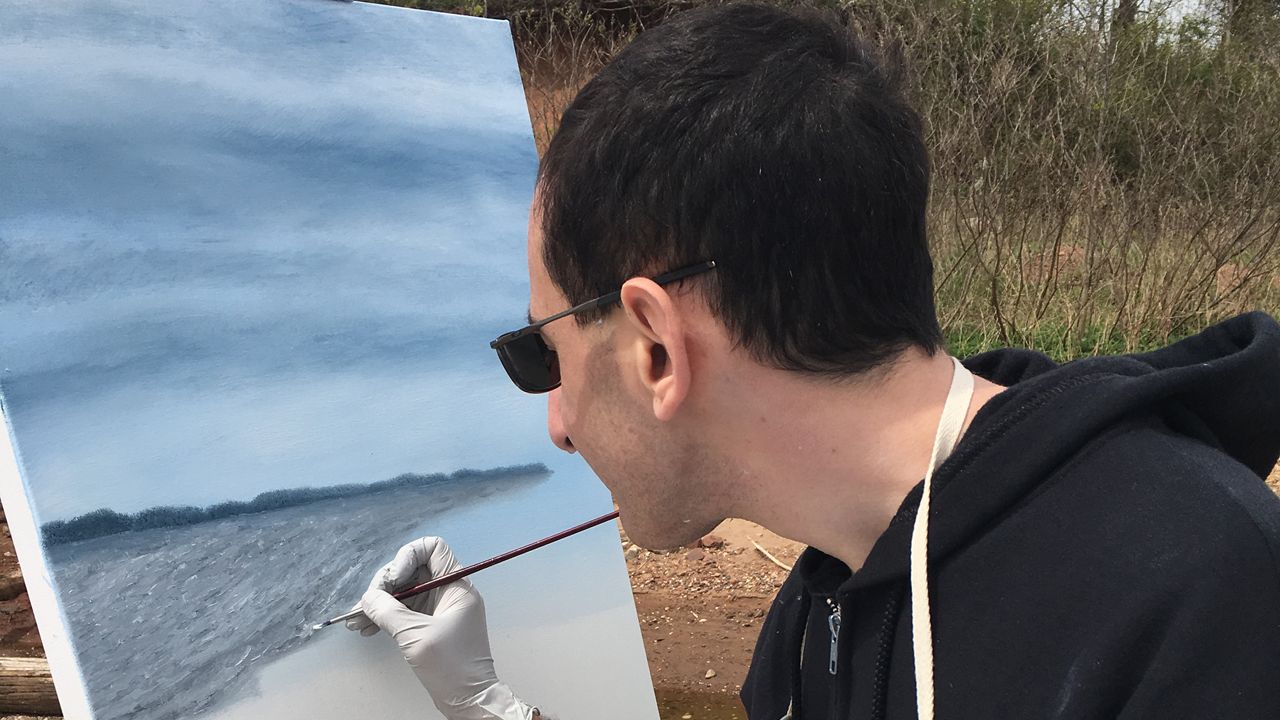 With waves lapping softly behind him, classical music playing on his phone and a paintbrush in his hand, 25-year-old Joe DeCandido is in his element.

The Staten Island resident, who has autism, is a talented artist.

DeCandido enjoys painting seascapes, too, as well as canals and lighthouses and sunsets.

His interest in art began when he was three, and his passion, and talent, have grown over the years.

His parents never imagined he'd go to college, but he was able to enroll as a non-matriculated student at the College of Staten Island, thanks to a not-for-profit program that helps students with developmental disabilities.

"He’s taken just about every our class that they can offer, and it was a slam dunk every time. He did fantastic," says Matt Quinn of AHRC New York City.

Artwork, his family says, soothes him, and it's given him an outlet to communicate when words cannot.

DeCandido has had a full college experience, complete with an internship, and the college setting has helped him to become more social and improve his ability to communicate.

"It allows him to grow as a person more than just being in a program that, well, maybe he goes bowling once in a while," Quinn says. "It gives him an opportunity to really branch out and challenge himself and you know, we all know that when we challenge ourselves, we grow."

Joe is set to graduate college next month. He is hoping his artwork will help him find a job.

His work has already been displayed in several art shows, he sells postcards of his artwork, and now, he's turning to social media to drum up interest in his creations. He can be found under the instagram handle joed_creations, where he often broadcasts his painting sessions live, showing viewers how his works come to life - works that have also given DeCandido and his family new hope for his own life.