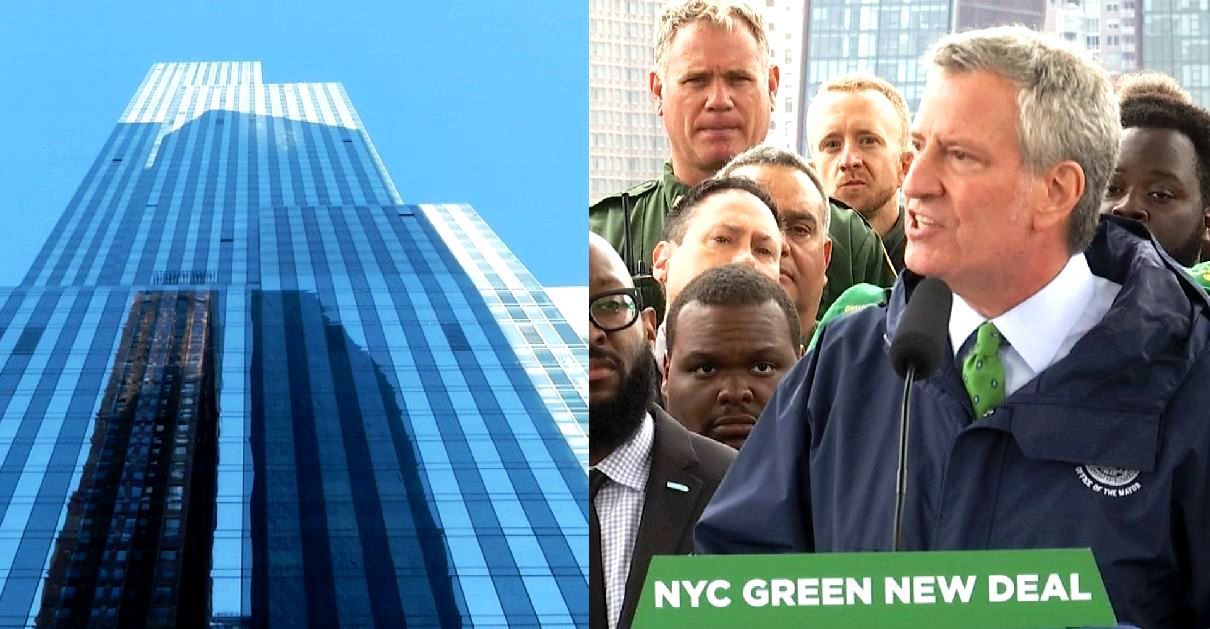 NEW YORK - No more glittering glass skyline — that's if a proposal spearheaded by Mayor Bill de Blasio is signed into the law.

Unless developers are willing to meet new stringent energy guidelines glass-walled skyscrapers iconic of the city's skyline may soon be a thing of the past.

"They have no place in our city or on our earth anymore. If a company wants to build a big skyscraper, they can use a lot of glass if they do all the other things needed to reduce the emissions. But putting up monuments to themselves that harmed our earth and threatened our future, that will no longer be allowed in New York City," de Blasio said during a press conference on Monday to announce the new proposal.

The mayor also announced a plan to power all city operations with clean energy sources within the next five years. He's calling it the New York City version of the Green New Deal, a controversial stimulus program spearheaded by freshman Congresswoman Alexandria Ocasio-Cortez which addresses climate change and economic inequality.

Like the name, the mayor's ideas are not entirely new.

Similar proposals have been on the table for years, but opposition from the real estate lobby and the mayor prevented quicker action.

"I warned people back at the United Nations in 2014 that if that didn’t happen in a reasonable period of time we would move to the mandatory approach. The construction of that approach took an immense amount of work. It is very technical, it’s very complex, and we had to make sure it legally passed muster," De Blasio said when asked why he had finally endorsed the proposal.

Industry representatives are still not convinced, criticizing the plan for including carve-outs to certain buildings including houses of worship, public housing and co-op buildings.

"For some owners such as cooperatives in the outer boroughs, this is going to impact them significantly," he said.

The mayor's new energy agenda is expected to put the city on track to reduce emissions by 40 percent in 2030.

That timeline is considered a breaking point in reversing the consequences of climate change.