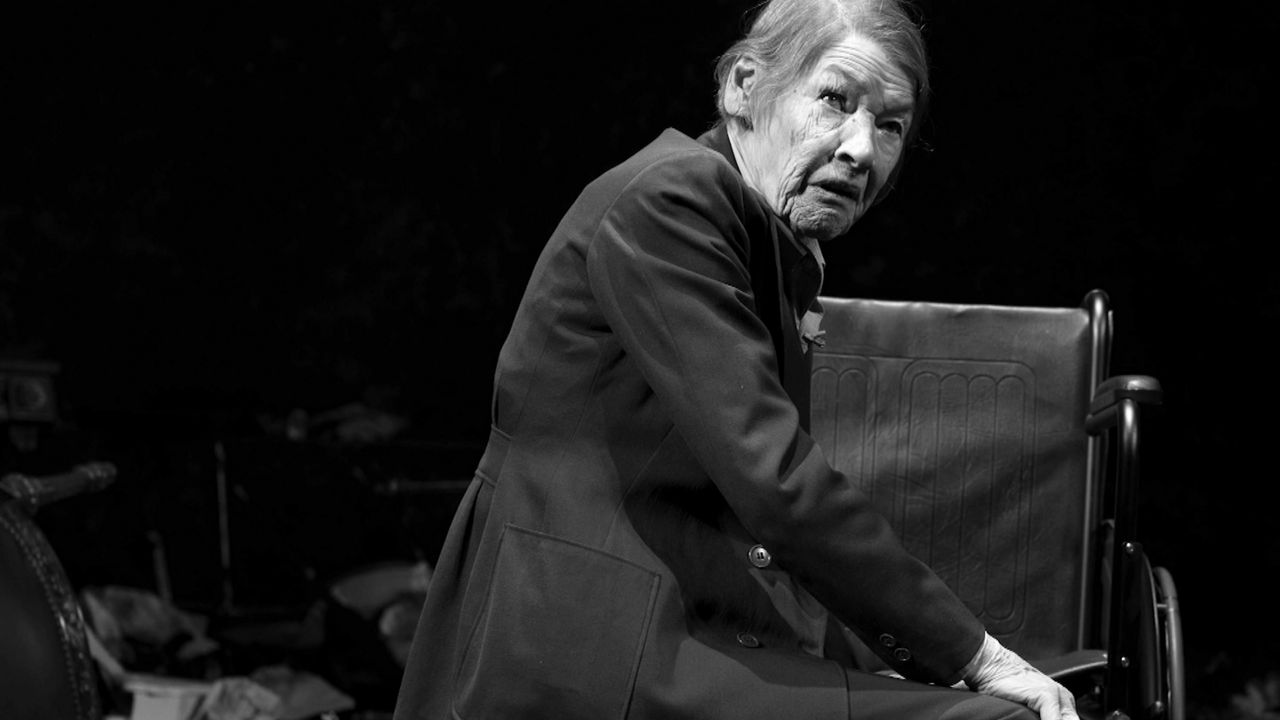 An ill wind is blowing through Broadway‘s Cort Theatre and it’s not coming from King Lear’s fabled storm on the heath. It’s the misdirection in this latest production of the great Shakespearean tragedy. Fortunately, there’s Glenda Jackson in the title role acting up a storm herself; Her mighty talents are just about enough to make up for the many missteps in Sam Gold’s flawed staging.

Casting women to play male characters is not the problem here. Besides Jackson’s Lear, Jayne Houdyshell as Gloucester and Ruth Wilson in the dual roles of Fool and Cordelia are all strong actors. And nothing wrong casting the terrific deaf actor Russell Harvard to play Cornwall, Goneril’s villainous husband.

What doesn’t work is the seeming lack of cohesion in this production. The setting is rather contemporary and the acting styles seem all over the place—old school, new school, even high school. Jackson may be tiny of frame but she is a titan on the stage dominating every scene with her classically trained chops.No one else can match her level of skill or mastery of their roles.

The lack of a strong directorial hand extends to the production design. The storm scene is set downstage in front of a metal wall that offers little more than thunderous sound effects…and the actors are basically left to mime—rather unconvincingly—the effects of the strong winds. The entire second half is staged amid overturned, broken furniture strewn about. And when the excellent John Douglas Thompson as Kent disguised inexplicably as a janitor, is put in stocks, he’s instead tied to a chair with duct tape. It actually drew giggles. Conceptually, I see where Gold is going but as executed it comes off as amateurish.

Incredible as it sounds, 82-year-old Glenda Jackson is at the top of her game in this three-and-a-half hour play. While ordinary mortals might find the role exhausting, Jackson seems to draw strength as the scenes intensify. Male or female, she may be the best Lear you’re ever likely to see. But oh a kingdom for a better production.