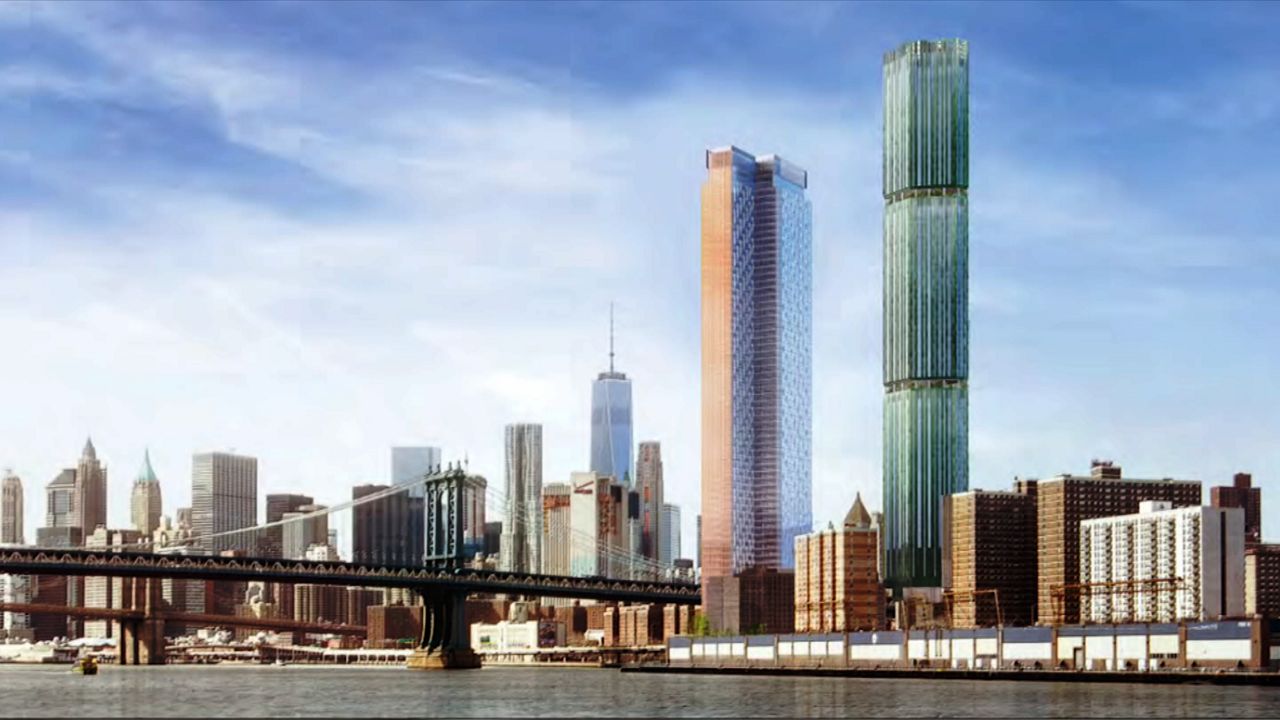 Tenants represented by the Asian American Legal Defense Fund filed a lawsuit against the city's approval of the Two Bridges towers.

They are worried the city's approval of the developments on the Two Bridges will threaten working class communities in Chinatown and the Lower East Side and trigger displacement.

The development includes several residential towers — located between the Manhattan and Brooklyn Bridge — and two elevators for the East Broadway subway station.

Three elected officials have previously file a suit against the project as well.

They say the de Blasio administration approved the project without the full review.

A spokesperson for the development said, "At a time when projects delivering tens of thousands of jobs and hundreds of millions in community investment are being opposed by anti-development sentiment across the city, it’s important to remember what’s at stake here, all proposed after years of community consultation, public review and environmental analysis, and in compliance with zoning that’s been in place for more than 30 years. First, the projects would create nearly 700 units of permanently affordable housing, which comes as the city approaches 9 million residents and the creation of housing of all types is critical to alleviating the inevitable pressure on the city’s existing housing stock. At the same time, the projects would deliver $40 million in upgrades to the East Broadway subway station that will make it ADA-accessible for the first time, $12.5 million in essential repairs to the local NYCHA complex and $15 million in upgrades to three public parks in the neighborhood. Without our projects, all that investment goes away. We look forward to the swift resolution of this baseless lawsuit and to starting construction."