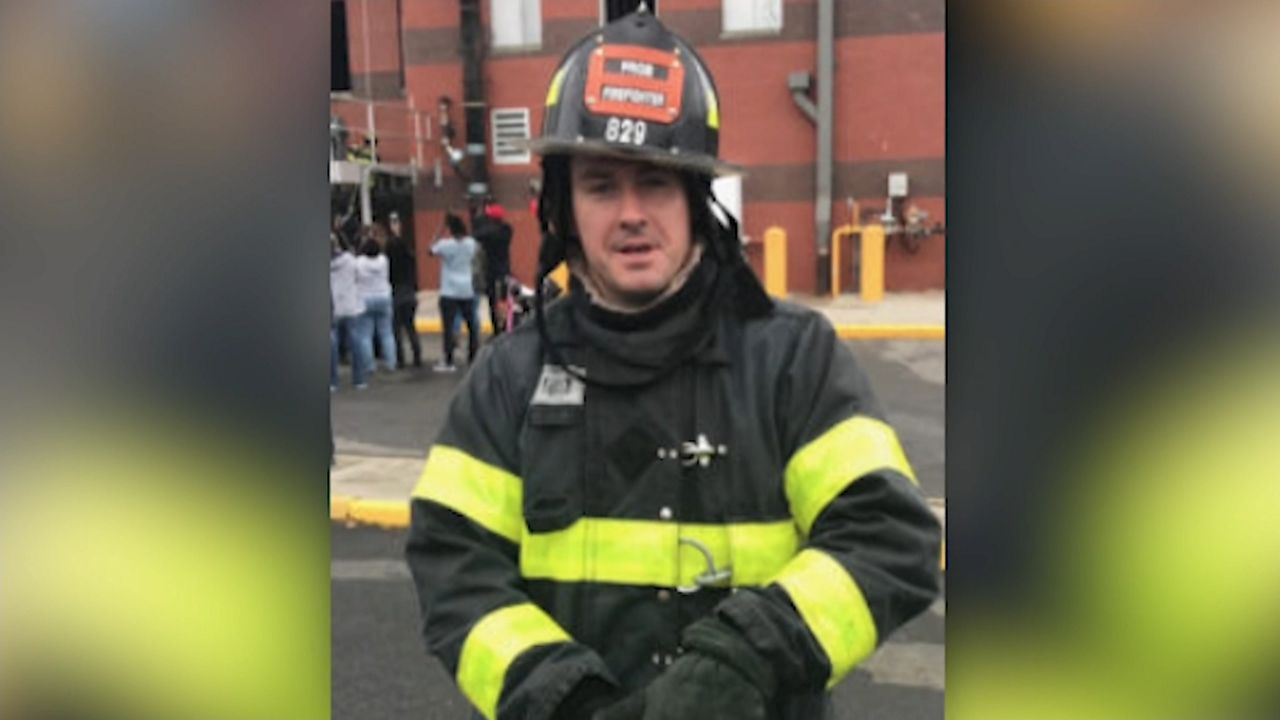 Alison Reilly, 29, has been running for years.

But when the Staten Island pre-school teacher laces up her sneakers this Sunday for the United Airlines NYC half-marathon, it will be to raise money in honor of her cousin, Steven Pollard, a city firefighter who died in the line of duty earlier this year.

"Every day is emotional, I don’t think it’s going to be harder I just think sometimes it’s more of a realization that this is what I’m doing, that I’m running in his memory, sometimes that’s harder," Reilly said.

30-year-old Pollard, a probationary firefighter with just a year and a half on the job, was a member of Brooklyn's Ladder 170 when he responded to a January 6 call for an overturned vehicle on a bridge along the Belt Parkway.

He slipped through a two-foot gap between the eastbound and westbound lanes, falling 52 feet to his death.

For Reilly, the news was impossible to process. "This is the stuff that you don’t necessarily sweat. This is a freak accident," she said.

They were raised like siblings because their families are so close and they grew up near each other. Reilly has taken Steve's death hard.

She's long been involved with the not-for-profit Answer the Call, which raises money to provide long-term support to the families of first responders who die in the line of duty.

But she hardly imagined her family would one day be the recipient of the help, which is why she's running this weekend's race to raise money for the charity. "I just hope he’s proud," Reilly added.

Since deciding she'd like to run the half marathon to raise money in her cousin's honor, Reilly has already raised nearly $9,000, far beyond the $2,000 she'd been aiming for.

A fitness buff who preferred his treadmill to running outdoors like Reilly, Pollard was a gentle giant who preferred to stay out of the spotlight.

But she said she knows he'll be cheering her on as she races for his memory.

If you'd like to make a donation, head to AnswerTheCall.org.