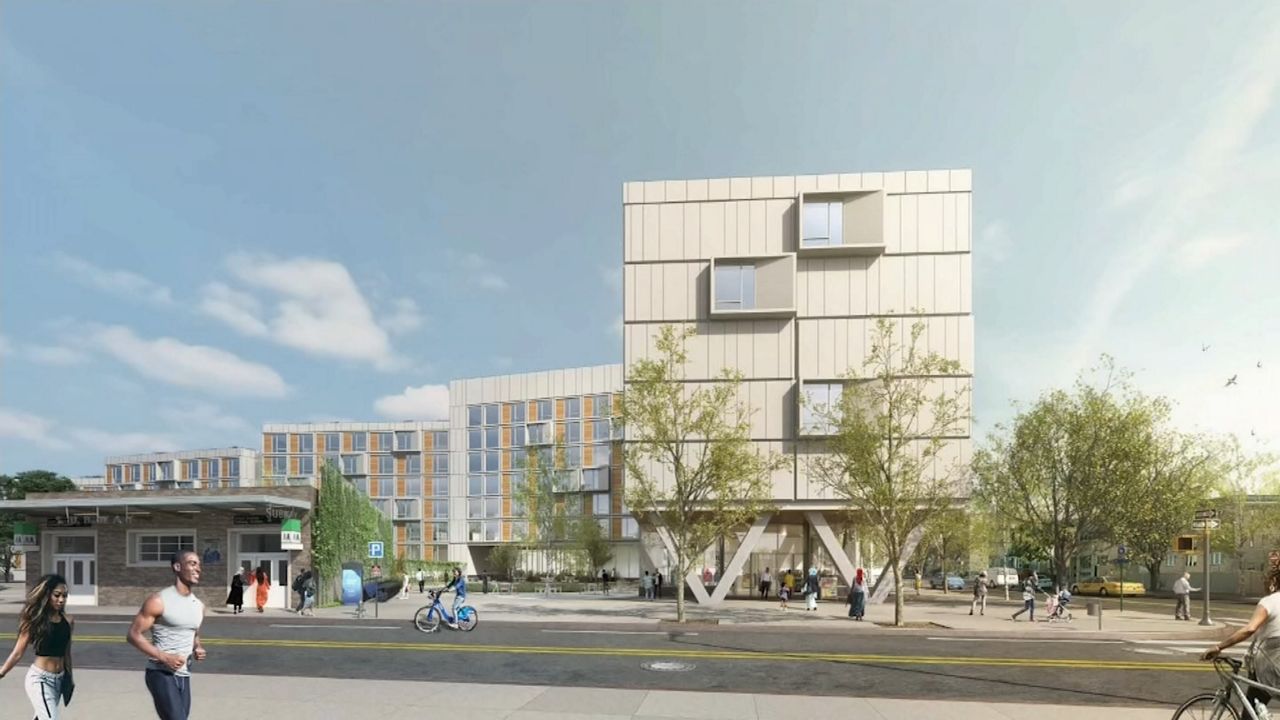 The city announced on Monday the winner of its very first affordable housing project on city-owned land that requires the use of modular construction. Modular construction is when the bulk of the building gets made in a factory, then trucked to location.

Roger Krulak is the founder of FullStack Modular, which won that contract.

”The building will stack up like Legos, one fully completed mod at a time, until you get to the roof, and then you drop in an elevator, and then the building is finished," Krulak explained.

The company, located on the Brooklyn Navy Yard, has put together two buildings in the city and has four others being planned.

"Our solution is always faster," said Krulak. "Because when you’re working on sight, we’re also working in the factory, and we’re parallel processing the construction of the building."

The public parking lot at Pitkin Avenue and Eldert Lane will be the site of the new building. The 167 units will all be affordable housing, and the seven-story structure will share the space with the Grant Avenue A Train Station.

The developer is Thorobird Companies, LLC. NY1 spoke with managing member Thomas Campbell who explained why modularly constructed building was chosen as the winner.

"Modular is a lighter superstructure, so it’s a better fit to be placed on top of the train station," he said.

The new development will cost about $70 million, which is about $5 million to $10 million less than had the building been a conventional construction project.

Still, NY1 asked the city, “Why not just let the market decide what kind of building to put up?”

Deputy Commissioner for Neighborhood Strategies Leila Bozorg responded, saying, "This is an area where we felt like we needed to be pushing the market to be doing better and building faster, and hopefully over time, with economy of scale, it will bring our cost down as well."

Construction will not get started for 18 months because of normal planning issues, but when it does, it should take a year and half to finish, instead of more than two.