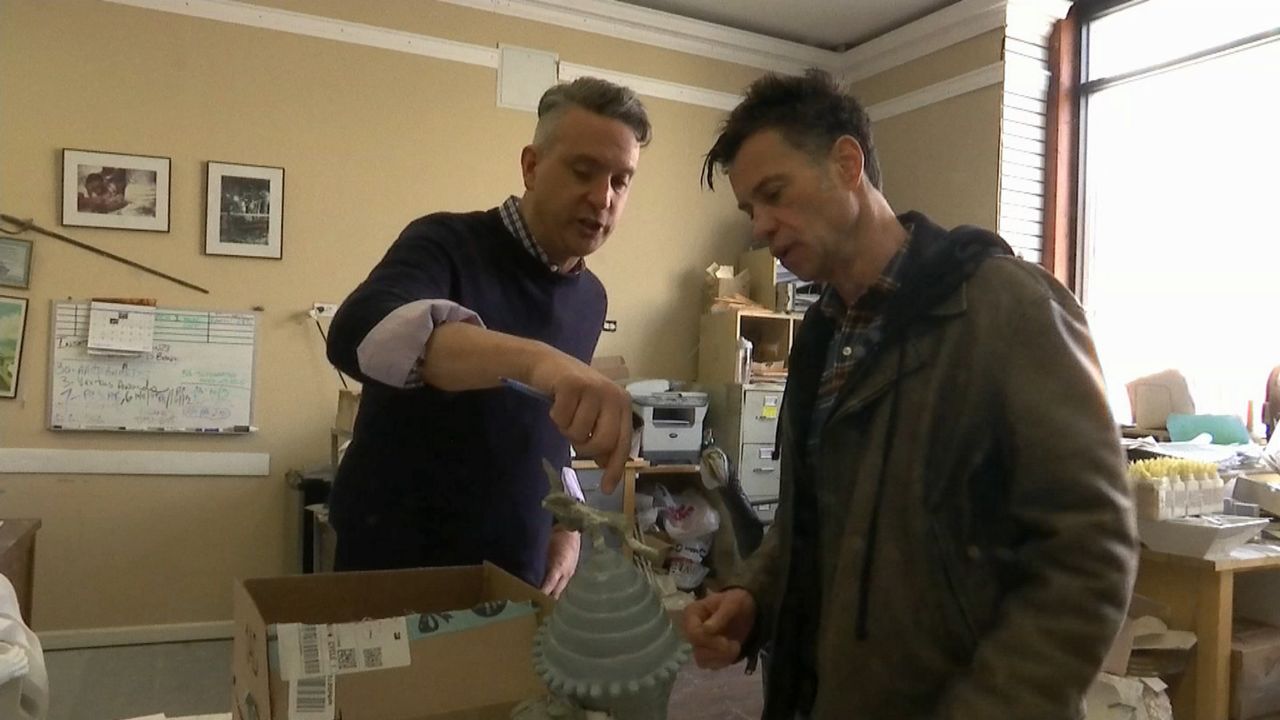 For 101 years, Sculpture House Casting has always been family owned.

"One summer my father asked if I could help him out and I never really left," Perrotta said.

Those molds and casts are used to turn the ideas of artists, architects and designers into everything from statues, to packaging, to decorative elements for buildings and homes.

Over the years, products they make have changed but how those pieces are created is still the same.

There used to be about a dozen businesses like Sculpture House Casting in the city, according to Perrotta.

Now, his is only one of three still left.

That's because instead of using casts and molds, which can be labor intensive, many of the same items can now be made with 3D printers which require little manpower at all.

"3D printing in a sense would be easier, because we could use less space, but we'd also probably have to get rid of 80% of our staff," said Perrotta.

For Perrotta cutting his staff is not an option.

Most of the company's employees have worked at the business for decades.

The company is able to compete with those using 3D printing because of its personal touch, according to Perrotta.

The company's clients say no machine can compete with the attention to detail that Perrotta's longtime workers provide.

"I have a history of coming here and I like it here...there's more of a stylistic interpretation that can happen in this process," said Lawrence Berzon, an artist and customer of Perrotta's.

"We’ve been able to survive it’s a struggle every month to pay our bills," said Perrotta.

Sculpture House Casting's work has made its way into the hands of celebrities and professional athletes in the form of trophies and awards.

Projects they’ve worked on can also been seen across the city.

As long as the work keeps coming, Perrotta said he and his 12 employees will remain in Long Island City trying to keep the company alive.