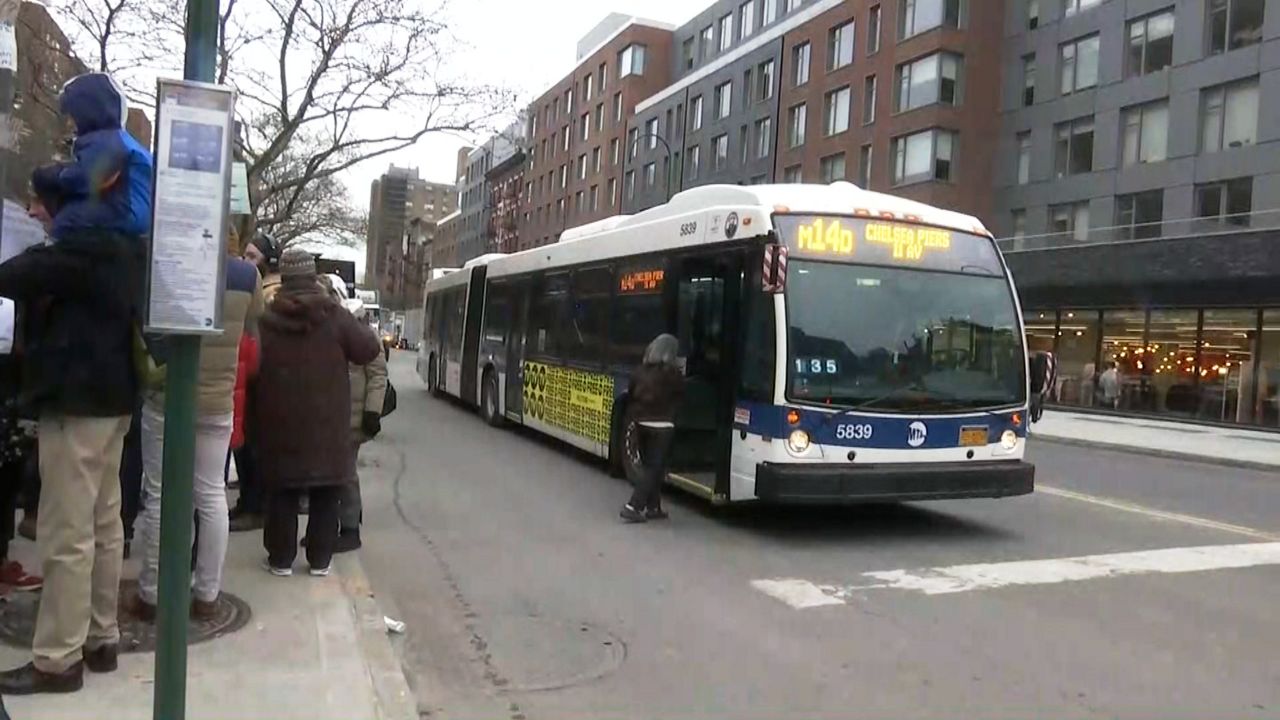 NEW YORK - The M14 is one of the busiest routes and also one of the MTA's slowest buses.

Transit advocates hit the streets Wednesday morning to race it and make a point about the system.

Pedestrians raced the bus starting in East Village on 14th Street and Avenue A and ended in Union Square.

They walked at a normal speed along the route without pausing at bus stops.

The M14 travels at an average speed of less than 4 mph, which is close to walking speed.

And even though the bus won this race by a slim fraction — five seconds to be exact — advocates are still demanding that the city prioritize riders.

"Bus riders deserve a dedicated right of way both when the "L" train is shut down on nights and weekends  and into the future. This is a critical crosstown corridor and prioritizing cars is not the most efficient way to move people across Manhattan, where most people don't drive," said Joe Cutrufo of Transportation Alternatives.

The MTA does plan to increase bus service when work begins on the "L" train.

But the city won't commit to creating a bus only lane on 14th Street to speed things up.