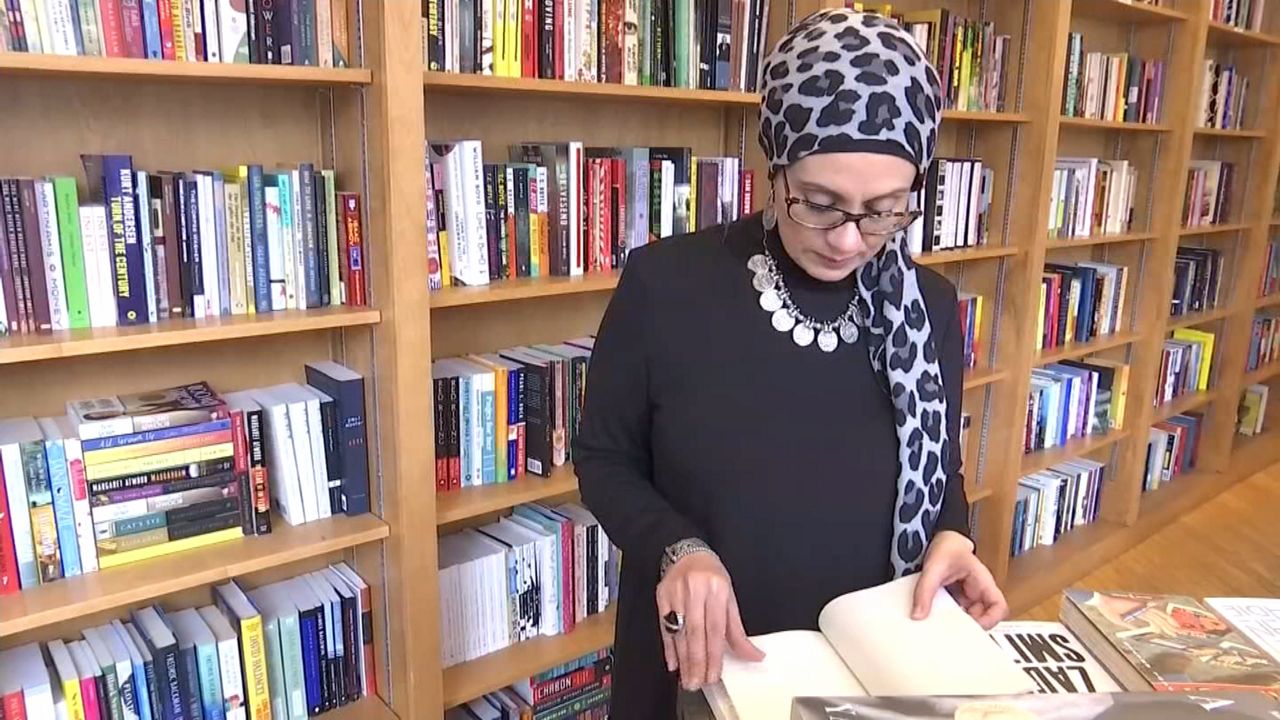 Debbie Almontaser stopped by Greenlight Bookstore in Fort Greene as she promoted her first book “Leading While Muslim.” She says the backlash she received as thefounding principal of the country’s first Arabic language public school inspired her to write it.

“I was targeted big-time both individually and as an American Muslim. I was basically a target in this geo political crusade against Islam and Muslims,” said Almontaser.

It was in February 2007 when Almontaser was named principal of a new school to open that Fall, the Khalil Gibran International Academy in Brooklyn.

The school is dedicated to the study of Arabic language and culture, and open to students of all backgrounds, one of the many dual language schools opening across the city. She says she became an instant target.

“Days later the Islamophobia industry started to write negatively about the school. They coined the school as a madrasa. They coined it as a place to indoctrinate children,” says Almontaser.

The school did open that year but not with Almontaser at the helm. She was forced out after a controversial T-shirt was being sold at an Arab-American event she helped organize.

She filed a lawsuit against the city and eventually won. Almontaser says the experience helped her connect to other Muslim American principals nationwide and she tells their stories in her book.

Almontaser said, “I felt it was so critical to actually look at both their leadership and their spirituality as American Muslims in a post 9/11 climate that is pretty much has so much anti-Muslim rhetoric and sentiment.”

Almontaser also shares her story at the Brooklyn Historical Society latest oral history project “Muslims in Brooklyn.” She’s one of 50 Brooklynites whose testimonials will be featured on the web, in an exhibition and part of a school educational curriculum. Oral historian Zaheer Ali says one out of every 10 children in city public schools is Muslim.

“It has been really important for them to make sure that the kinds of messages and images and ideas that young people get about themselves are accurate and well-informed,” said Zaheer Ali.

Debbie Almontaser is well-informed about a history that she is now a part of.