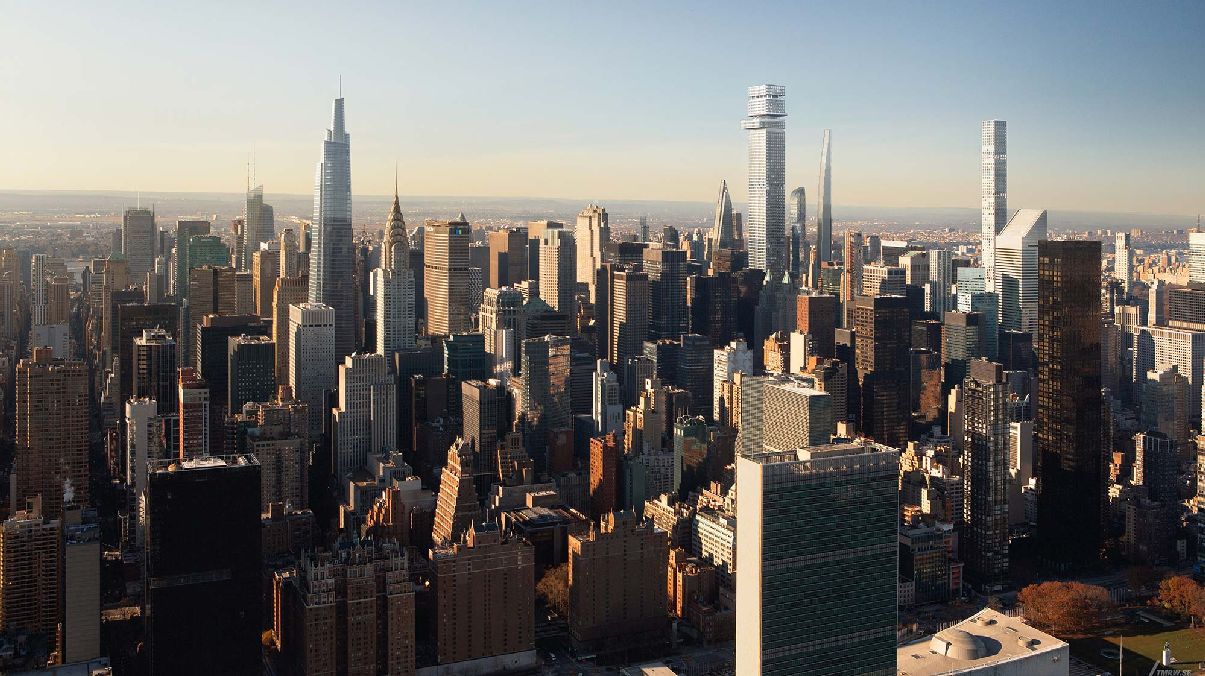 NEW YORK - Next to St. Patrick’s Cathedral, another “supertall” skyscraper might rise to  tower 1,551 feet above Midtown.

“We have concerns about the total height of the building because we believe it is going to cast shadows onto Central Park, which is really problematic,” said Layla Law-Gisiko, Chairwoman of the Land Use Committee for Manhattan Community Board 5.

The proposed building, which would be located across from St. Patrick’s Cathedral, just east of Fifth Avenue, would be called Tower Fifth. Layla Law-Gisiko, the head of Community Board 5’s Land Use Committee, has been briefed on the project, but the board has not yet taken a position on it. She says she already has concerns including how the building's cantilever design would extend some upper floors over neighboring landmarks, including the Look Building and John Peirce Building.

“Across from a very beautiful cathedral that we very much cherish. Just imagine all of a sudden, you’re going to have an enormous glass tower that is going to be perched over there,” Law-Gisiko said.

Tower Fifth's developer, Macklowe Properties, declined to comment. If approved, it would be the 18th supertall skyscraper, defined as over 984 feet in height, completed or started in the city within 10 years.

Together, these supertall buildings are transforming the skyline and placing more and more of the city in shadows. Some are questioning the need for them.

“We have Times Square being decanted as tenants leave for Hudson Yards, as Hudson Yards is coming online,” said Sean Khorsandi, Executive Director of Landmark West!. “We still have a lot of vacancy in the World Trade Center, which is why it has delayed its rebuilding schedule. So there are 72 blocks of Midtown East rezoned. Is the most effective new business hub on the transept of St. Patrick’s Cathedral?”

Midtown east was rezoned in 2017 to encourage revitalization and new development, but City Council Member Keith Powers says that redevelopment needs to be balanced by the effect on neighborhoods.

The Tower Fifth proposal will have to pass multiple levels of review from the Landmark Preservation Commission, Department of City Planning, and ultimately, the City Council.