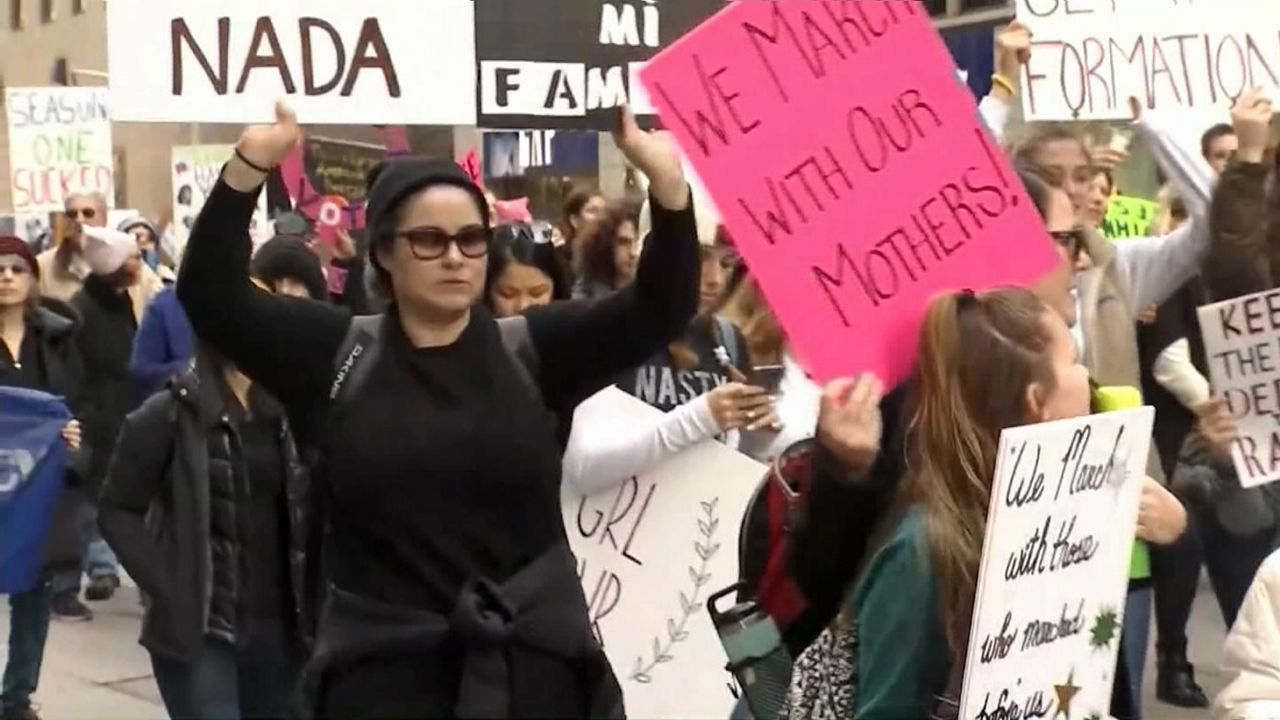 Why Two Women's March Events This Weekend Have Caused a Rift

NEW YORK - With concerns still growing over this weekend’s Women’s March, leaders within Women’s March Alliance are working to distance themselves from the national organization whose leaders have been accused of anti-Semitism.

But a local offshoot of the national organization, which says its inclusive and not anti-Semitic, is holding a competing event on Saturday at the same time. Women's March NYC, which has been pushing for more diversity within the movement, will hold a massive rally in Foley Square.

A meeting was held Thursday night at a Manhattan Synagogue where members of the Women’s March Alliance tried to ease fears about the march.

"There are so many issues that we have to be talking about and when we are showing up in the spaces and we are being forced to pass a litmus test on Israel it’s keeping committed activists home," said Amanda Berman, founder and executive director of the Zioness Movement.

"It’s really a shame because it stands in the way of so much unity between us," said Rabbi Samantha Natov of the Stephen Wise Free Synagogue.

The Women's March Alliance, will start at 11:15 a.m. on Central Park West and 72nd Street and will head downtown through Columbus Circle and finish on West 44th Street.

Women's March NYC’s rally will be held from 10 a.m. to 2 p.m. in Foley Square with speakers like Gloria Steinem.

"I’m hoping one day we can all march together again but there are a lot of women who are hesitant to march with the other group," said Eileen Remor, a Manhattan resident.

The historic march began two years ago after President Donald Trump’s inauguration. It has been splintering ever since.