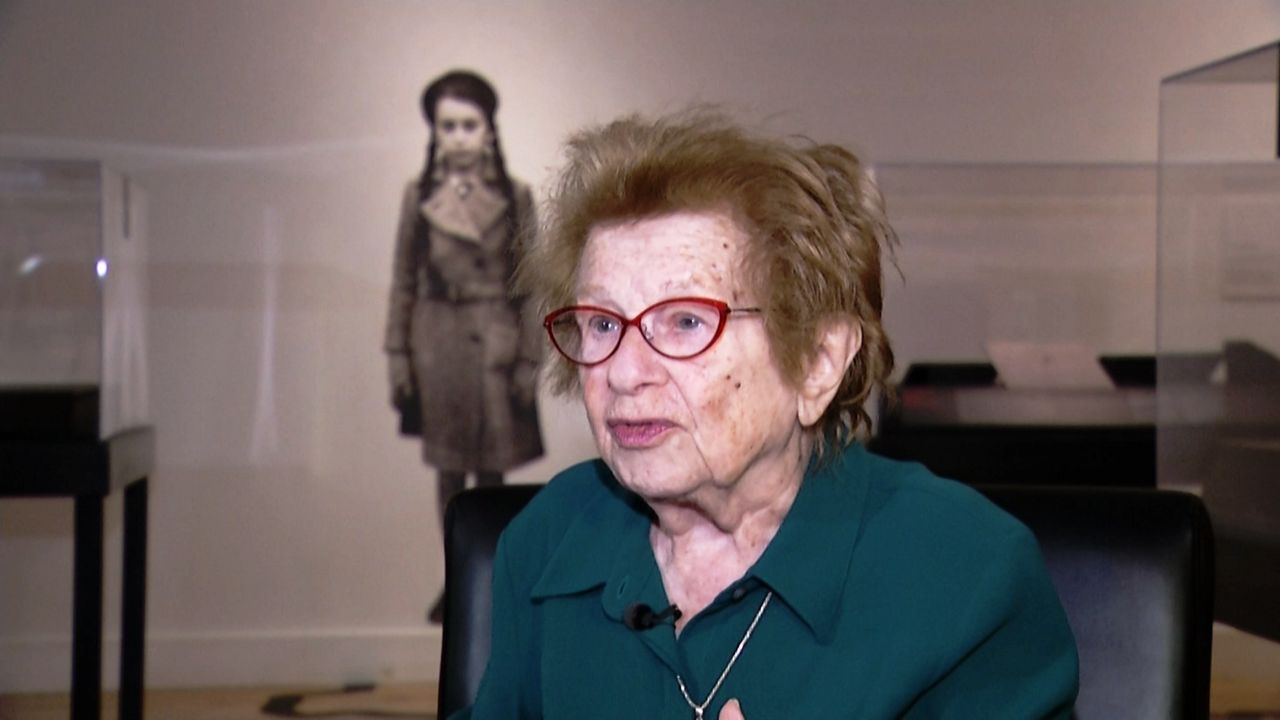 Before she became a world-renowned sex expert, Dr. Ruth Westheimer was 10-year-old Karola Ruth Siegel, one of thousands of Jewish children in Germany saying goodbye to their families for what would be a life-saving journey.

She is frank about the outcome.

"If I had not been on that train on January 5, 1939 from Frankfurt to Switzerland I would not be alive," Westheimer says.

Sadly, the rest of her family was murdered in the Holocaust. A new exhibit at the Center for Jewish History, in Chelsea, showcases items from the rescue, known as the Kindertransport.

"The Kindertransport is the most important rescue effort of Jewish children leading up to World War II. It rescued an estimated 10,000 children generally from the German occupied territories to England," says Jacob Wisse co-curator of the exhibit and the director of the Yeshiva University Museum, one of the resident organizations at the Center for Jewish History.

Dr. Ruth was among a few hundred children sent to other counties. She initially traveled to Switzerland. She still has vivid memories of the experience, which she has recounted in a graphic novel.

"There was another little girl on the train younger than me. I was 10 1/2. She cried, she was so sad. I gave her my only dolly and said, 'You need it more than me,' and she hugged the doll and stopped crying," Westheimer recalled.

The exhibit contains dolls and teddy bears that belonged to the children. A wall of tags represents the identification that the children wore so that their sponsors could identify them when they arrived in London and other European cities.

Josef Eisinger was 15 when he left Vienna for London in the transport.

"Even though it’s 80 years ago that I joined the Kindertransport, it’s sharp in my memory, it’s as though it happened yesterday," said Eisinger.

"One parent was allowed to bring their children to the station from Vienna. My mother brought me there and the place was crawling with SS men and Gestapo and they forbid the parents to show any emotions or to cry. Eventually we boarded the train and they sealed the windows and doors, of course."

Eisinger ended up in interment camps in Britain and Canada. He would join the Canadian army and get his doctorate in physics at MIT. He lives in the West Village today.

Billy Weitzer is a co-curator and executive director of the Leo Baeck Institute. He notes the exhibit tries to put the rescue of the chldren in perspective.

"This is an important story because it reaches people in the individual stories of these children. But these are 10,000 children and one-and-a-half million children perished in the Holocaust," he said.

Some people seeing the exhibit, including Dr. Ruth, say it makes them think about the treatment of some immigrants and refugees today.

"I don’t talk about politics. Someone who talks about sex all day long like me has to stay away from politics except these days I am very sad when I see children being separated from their parents. It reminds me of what has happened to me," Westheimer said.

The Kindertransport exhibit runs through May.