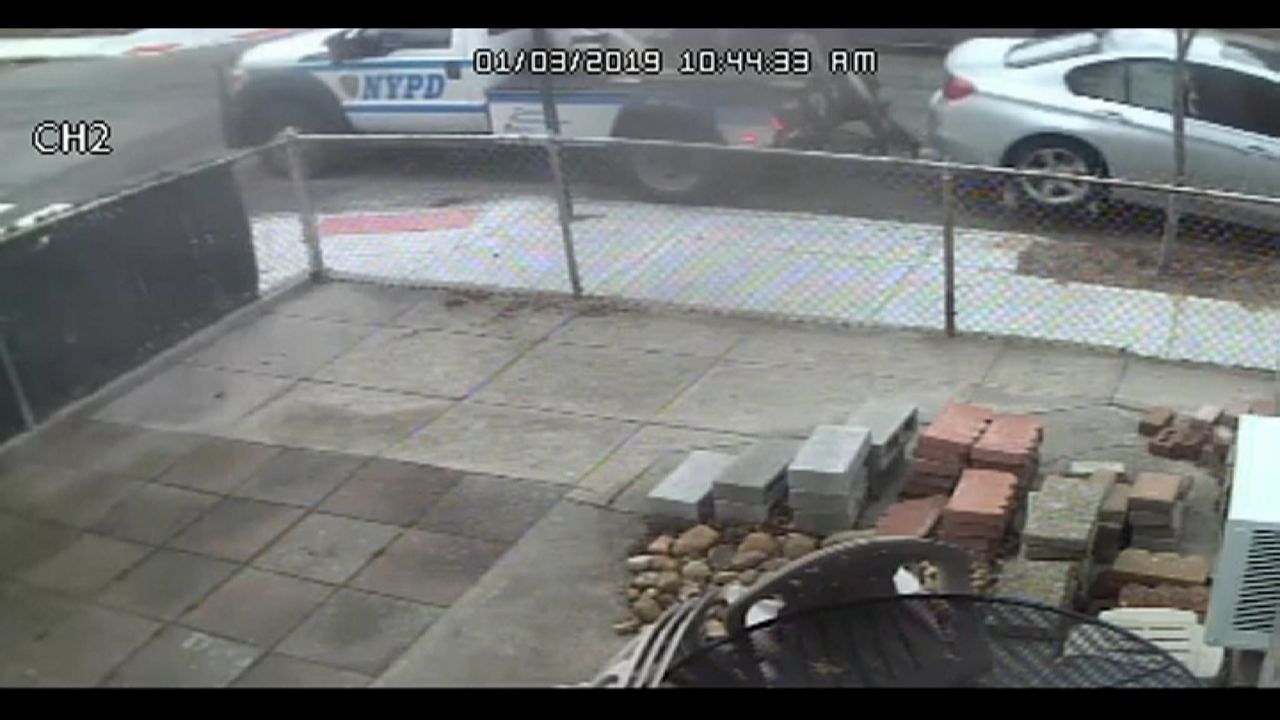 Watch: Car Towed After 'No Parking' Sign Pops Up on Queens Street

QUEENS, N.Y. - The city now admits it was wrong when it towed a Queens woman's car from a newly created no parking zone.

Nicole LaVeglia says she parked her car on 70th Street and 52nd Avenue in Maspeth on January 2 just after 7 a.m.

Then, around 45 minutes later, surveillance video shows a worker from the city Department of Transportation arriving. He then begins drilling a hole in the ground for a pole.

That hole was for a new no parking sign that was quickly installed.

An hour later, an NYPD tow truck shows up and in just five minutes the car was removed from the new "no parking" zone.

The city now says the sign was put there by mistake and it has since been corrected.

City Councilman Robert Holden calls the matter completely unacceptable and says his office is working to get the city to return the $185 she paid in fines.