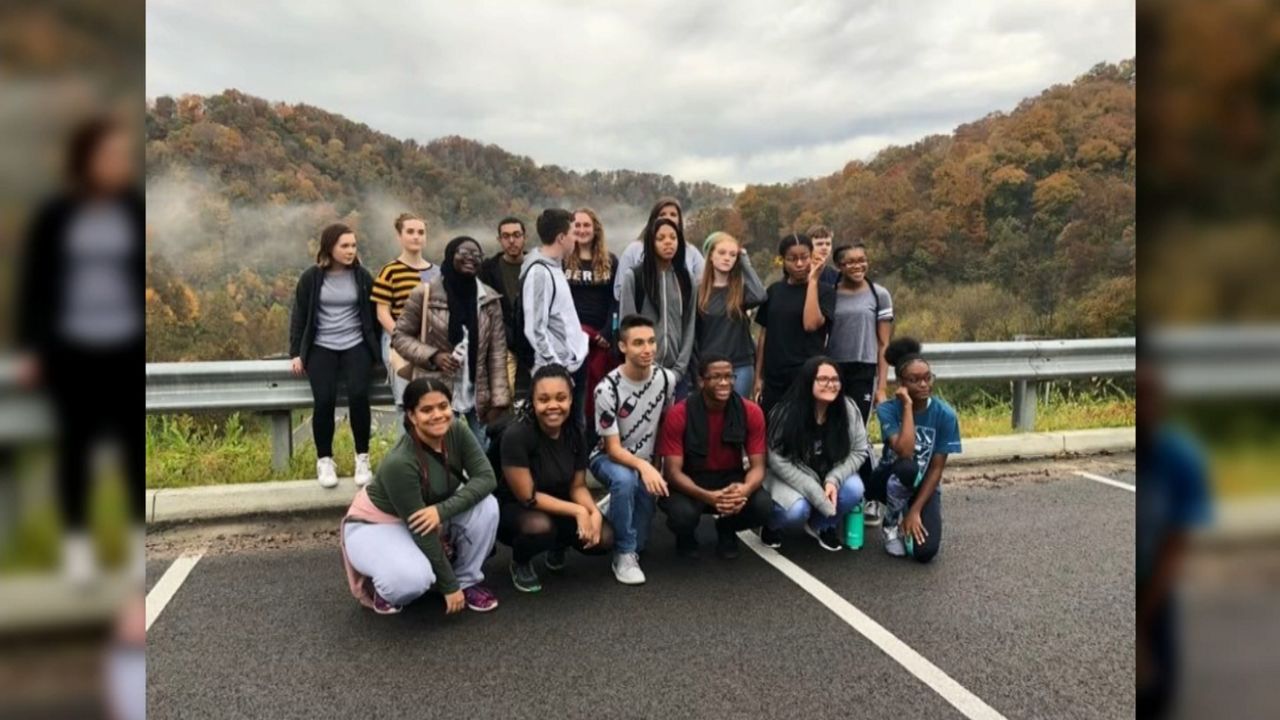 In a trailer behind University Heights High School, is a giant inflatable room. Inside, students talk through a video link with other students 670 miles away.

The teenagers on the screen attend Floyd Central High School in rural coal mining Eastern Kentucky, a region that politically and demographically is the exact opposite of the South Bronx.

Although they are opposite ends of a great divide, the students say they've come to deeply care for one another.

"We had a great connection at school but then once we met them it was like oh my god wait you’re my family," says Julia Holness, a student at University Heights High School.

They met in Kentucky for a week in October. Now they're counting the days until the Floyd Central students visit the Bronx.

It's all part of a course the students are taking built around cultural exchange, developed by an international non-profit, Narrative 4.

“We work with students and educators around the world to bridge those divides and show one another that we are human, at the core level," says Kelsey Roberts of Narrative 4.

The inflatable projector room is from tech startup Shared Studios in Brooklyn. Narrative 4 is funded by George Soros, the progressive philanthropist. The foundation of conservative billionaire Charles Koch funded this specific exchange project.

"Our students are able to be exposed to different people, different ways of life," Principal Hazel Joseph-Roseboro of University Heights High School says.

The Bronx students say they were shocked to learn just how much they have in common with their Kentucky counterparts, even as they addressed and talked through their differences.

"We kind of acknowledge the elephant in the room and we just had conversations about politics and things that are affecting us as a country from two different places," says Omar Khan, a student at University Heights High School.

The blow-up chat room, they add, helps to facilitate the connection.

"You just feel so isolated from everything around you. And even just getting the full body with the projector, you actually feel like you are sitting next to that person, you are engaging in the conversation," Holness says.

The students have decided to work together on a project about the stigma attached to mental illness. This is a problem they say their communities share.

The class is a pilot project, and the hope is to expand this exchange program, with bouncy-castle like chat rooms building 21-Century bridges bridges between students all over the country.