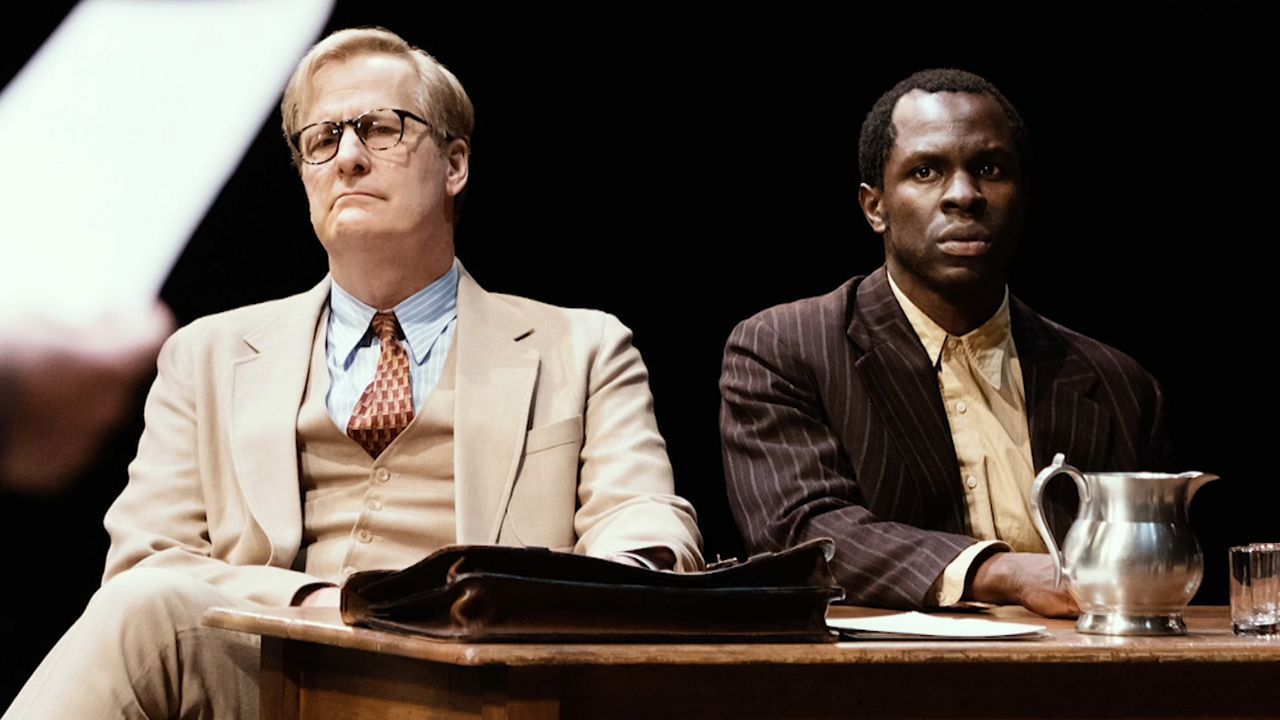 Theater Review: "To Kill a Mockingbird"

When I heard that Aaron Sorkin’s stage adaptation of "To Kill A Mockingbird" featured changes to Harper Lee’s beloved story, I thought how dare they mess with a masterpiece. The kids’ roles played by adults! The Atticus Finch character flawed! Well, it turns out, far from killing the essence of the great work, this excellent company achieved the unimaginable: they enhanced it.

It’s a big production with 24 actors and yet it feels wholly intimate. Director Bartlett Sher staged the play with an eloquent simplicity. The story, set in a fictional Alabama town during the depression is centered mostly in a courthouse and front porch of the home where Atticus Finch lives with his two children, Scout and Jem.

In the story, a black man, Tom Robinson, is unjustly accused of beating and raping a young white woman. Atticus, a respected lawyer in town agrees to defend Tom knowing that a black man in the south, no matter how innocent, wouldn't stand a chance. In the book, Atticus is a heroic figure throughout, insisting that people are innately good, despite their moral failings.

The play departs from the book in the way that Atticus initially refuses to acknowledge the inherent evil in racist behavior. But he evolves over the course of the play to understand that bigotry is indefensible. That reckoning comes through his own children and two black characters, Tom played by Gbenga Akinnagbe, and LaTanya Richardson Jackson as Atticus' housekeeper Calpurnia. Both are given much bigger voices in the story and it makes sense in this era to allow them to speak up.

Despite my doubts, the adults playing the kids manage to pull it off magnificently. Celia Keenan Bolger's Scout is revelatory. It’s a demanding role with constant narration. She, along with Will Pullen as Jem and Gideon Glick as Dill are entirely believable without ever crossing the line into preciousness.

And then there's Jeff Daniels with the nearly impossible task of taking that Gregory Peck role and making it his own. But he does, movingly conveying Atticus' strength, warmth and moral conviction.

As much as I love the book, its depiction of race relations is very much of its time. The casual use of the "n" word for example is so tough to hear, and yet it's all up there on that big stage. But what makes the adaptation so successful is the masterful finesse that turned the 60-year-old literary classic into a most poignant drama, still of its time, but also now very much of our time as well.