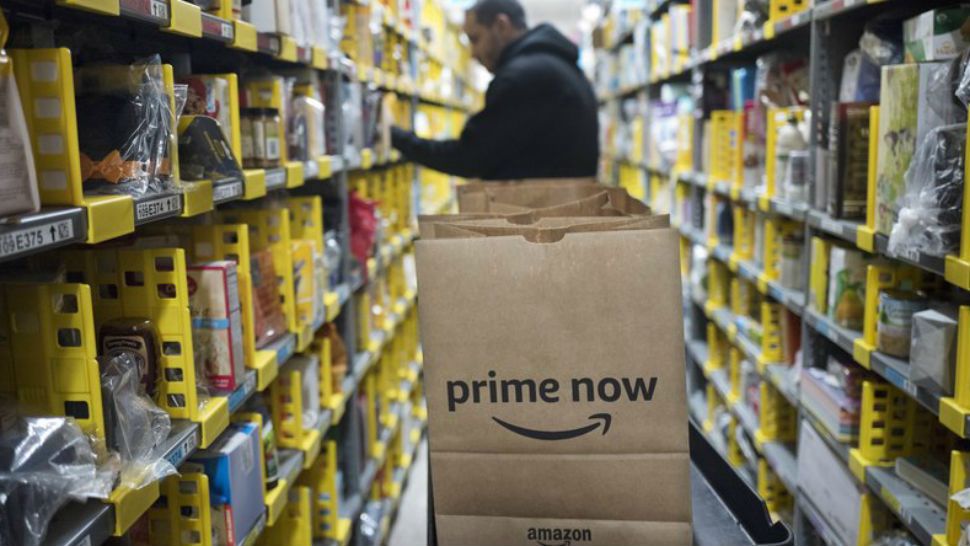 NEW YORK - After a year-long competition among more than 230 locations, Amazon has chosen to split its second headquarters between Long Island City in Queens and Crystal City in Northern Virginia.

The mayor and governor say Amazon will occupy up to 500,000 square feet at 1 Court Square in 2019, and will work to construct more than 4 million feet of commercial space on the LIC waterfront over the next 10 years. Officials say the Amazon facility will be between 4 million and 8 million feet.

New York City is about to get tens of thousands of new, good paying jobs and Amazon is about to meet the most talented work force in the world in one of the most diverse places on the planet. Welcome to Queens, #HQ2.

Initially, there was only meant to be one headquarters location, and that new facility would have created about 50,000 jobs and cost at least $5 billion to build and operate. But Amazon chose to split their headquarters into two.

The deal includes a capital project budget of $3.7 billion and will include property tax incentives and below-market leases.

Amazon will receive $3 billion in taxpayer subsidies, but officials say the investment will pay for itself nine times over thanks to $27.5 billion in estimated city and state tax revenue.

Under terms of the deal, Amazon will also provide space for a new 600-seat school, a waterfront esplanade and park, and an on-site job training and recruitment center, creating opportunity for local residents, de Blasio said, including those in the nearby Queensbridge Houses.

Public dollars going toward the project include $1.2 billion in state tax credits, a $505 million direct state grant, and an estimated $1.3 billion from the city in the form of a property tax abatement and a tax credit tied to the number of jobs created, pre-existing programs the city stressed are available to any developer.

A protest is already planned for Wednesday as politicians who represent the neighborhood have already expressed concerns.

Local Councilman Jimmy Van Bramer and state Senator Michael Gianaris have come out against the plan, while Council Speaker Corey Johnson said he was "very concerned."

My statement on @amazon choosing Long Island City as the site for their HQ2. pic.twitter.com/eOtuqDmHyN

Amazon is a billion-dollar company. The idea that it will receive hundreds of millions of dollars in tax breaks at a time when our subway is crumbling and our communities need MORE investment, not less, is extremely concerning to residents here.

The opposition is over the fear of the impact the headquarters will have on infrastructure and also questions about Amazon's subsidies.

A state lawmaker from Queens has already introduced a bill that's being considered an attempt to block the move.

Assemblyman Ron Kim is sponsoring a measure to take money from corporate incentives and put it towards relieving student debt for New Yorkers.

He argues that debt relief for corporations just means more money for the companies, while student debt relief would result in economic growth for local communities.

The news of this bill came Tuesday, the same day Amazon announced its decision

Kim has been outspoken on Twitter about wanting to stop Amazon.

Instead of giving billions to #Amazon, if we use that money to #cancelstudentdebt, the ROI to our local economy (jobs, GDP, more circulation of wealth) would be tangibly greater. Check out my report at https://t.co/6VUYLSFodI #StopAmazon #endcorporatewelfare pic.twitter.com/fZiNkAHZCF

There are also concerns about how the transit system will hold up from the added strain, and some transit advocates want the company to chip in on subway improvements.

Amazon will initially set up near Court Square, which is home to the E, G, M and 7 lines.

"The stations need to be addressed," said Lisa Daglian, executive director of the Permanent Citizens Advisory Committee to the MTA. "They're dark, they're overcrowded, they're antiquated. There have been some upgrades that are being made to them, but to really be able to address the number of people that are coming into the community, there has to be investment in transit."

De Blasio said the headquarters is located perfectly for employees to utilize mass transit, but added that the system will need improvements.

"Obviously, a lot of people who are going to Amazon to work are going to either choose to live in the neighborhood or reverse-commute in some places from other parts of the city. But ultimately, we need to invest more in mass transit in Long Island City," he said.

Another issue is the use of an accelerated state approval process rather than the city's land use review, which officials admitted would have been a deal-breaker.

Small business owners in Long Island City had mixed reactions to the news.

"I've lived in Queens probably for 13 years, and already, the infrastructure is dismal, so that's a major concern," said one small business owner. "Hopefully on the pro side, jobs will be given to local people in the community."

"I think it's great, absolutely great," said another. "Anything to help people get jobs, to stimulate the economy, all the restaurants around here, all the businesses, small businesses will thrive from those employees."

Long Island City and Crystal City were selected from more than 230 locations that submitted applications for Amazon's second headquarters.

Both cities met Amazon's requirements, which included being near a metropolitan area with more than a million people and being within 45 minutes of an international airport.

The locations also have direct access to mass transit, and have room for the business to expand.