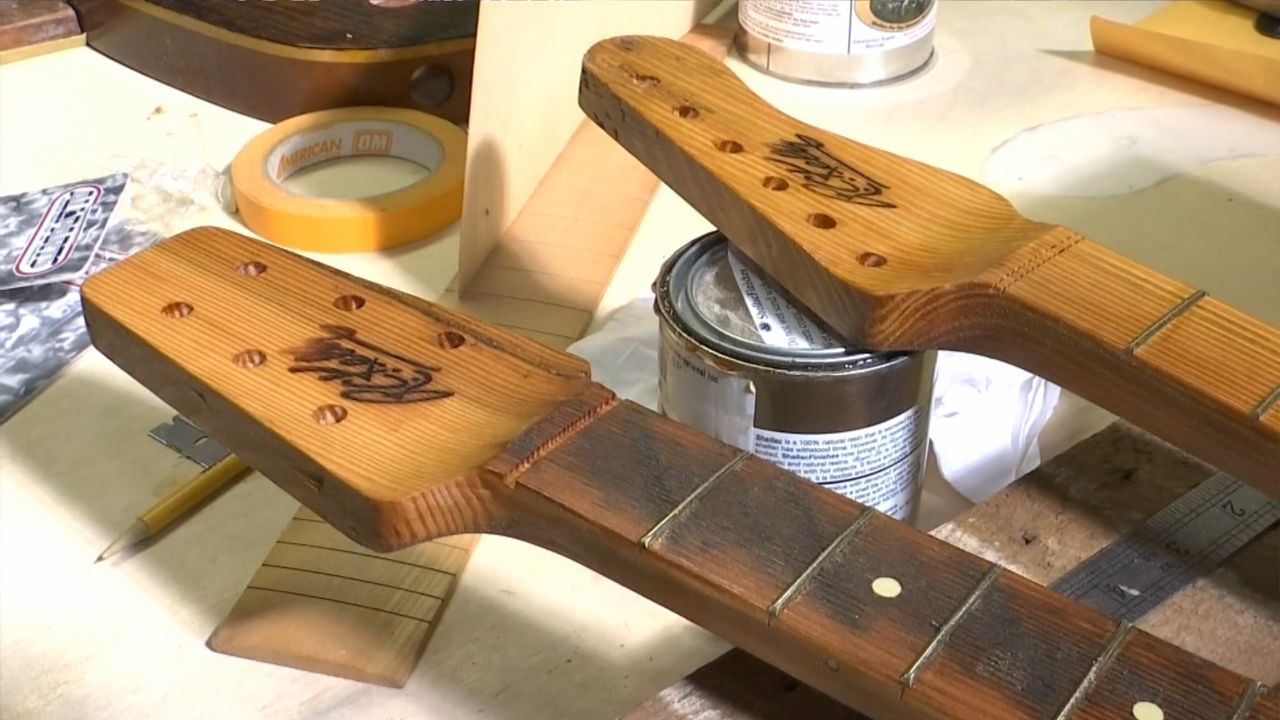 NEW YORK -  Rick Kelly has been making musical instruments by hand for more than 50 years. As a child on Long Island, he was inspired by his grandfather’s woodworking.

"The first instrument I made was this little guy right here, a little ukulele. It was an art project in high school in 1968,” he says.

Kelly started making guitars to help pay tuition for college, where he studied sculpture, and after graduation he made it a career -- over the years crafting guitars for musicians like Bob Dylan and Lou Reed.

For most of those years at Carmine Street Guitars, his 93- year-old mother Dorothy has been doing the books. Rick spends a lot of time in the workshop in the back, making an average of one guitar a week, selling them for about $2,000 each.

The wood he uses is white pine, is all reclaimed from buildings around the city -- some famous, like the Chelsea Hotel, legendary speakeasy Chumley's, even McSorley's Bar. Kelly gets most of it for free. He calls the wood, the bones of old New York.

"It came from those 300-year-old giant trees and now it’s been indoors for 160, 170 years, so it's super dry and really resonant and makes a great guitar."

Kelly and his apprentice, Cindy Hulej, are the focus of a new documentary about the store, now playing on the film festival circuit.

His business has survived despite the changing Village around it Hulej was an art student who loved guitars when she walked into the store seven years ago asking for an opportunity to learn from him; she now makes guitars, too.

"It's one person building the guitar, not a factory, not an assembly line or anything like that, so it's definitely a different thing … (It’s) pretty surreal, because originally I just wanted one of his guitars."

Kelly says he always wanted to make things that would outlive him. And now he does: Musical instruments have their own life -- once they leave you, they make music long after you're gone, even guitars with 300-year-old wood.