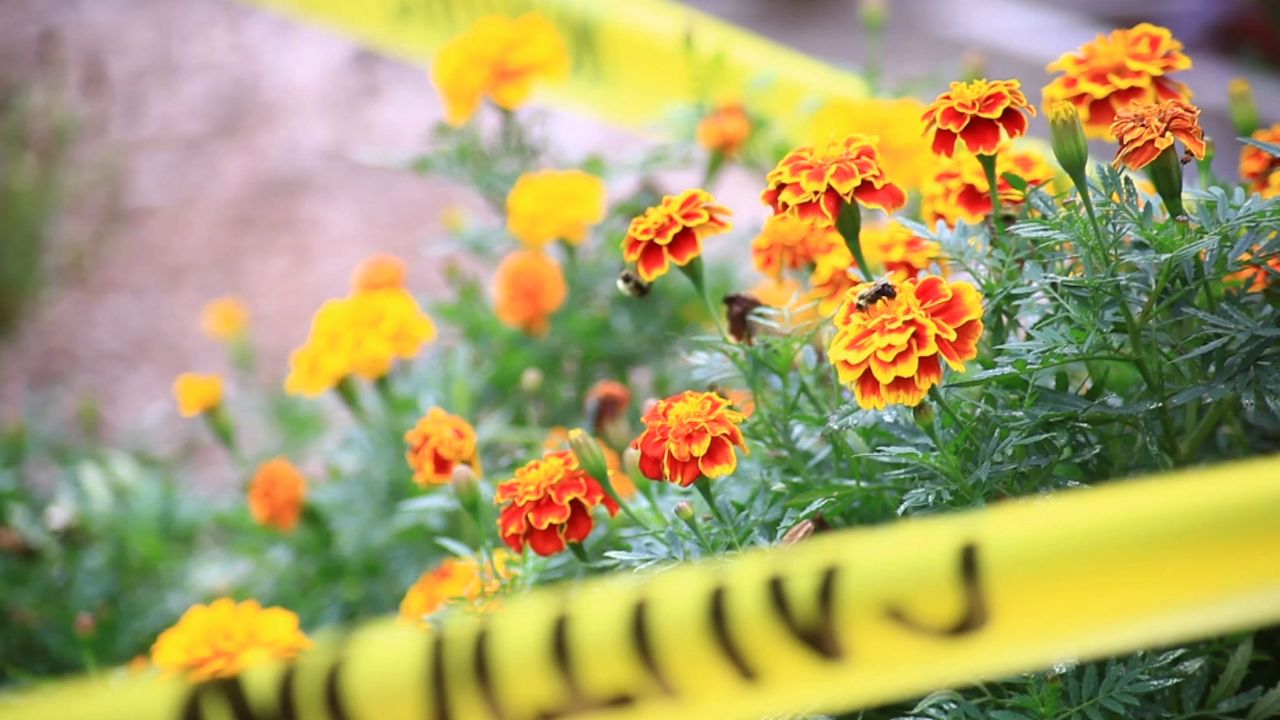 Jenny Benítez is beside herself that the community garden she has lovingly tended for more than 40 years is now seriously damaged.

It's one of the city's largest community gardens, created by Benitez and other residents in the 1970s as part of an effort to reclaim Riverside Park in West Harlem from years of neglect. The Parks Department even gave her a lifetime achievement award for her efforts, and two trees in the garden now honor her late sons.

But two weekends ago, Benítez - who lives across from the park at Riverside Drive and 138th St. - noticed the normally green plants were turning brown.

"I was here by myself and I was looking and I cried," she said.

The garden is located next to train tracks maintained by Amtrak. Weed killer was sprayed along the line, and the poison apparently drifted into the garden.

"You can't consume nothing in here," Benítez said. "It's very hard to explain to your volunteers that their produce are not healthy."

According to an email that Benítez's family received, Amtrak acknowledged that a contractor sprayed weed killer on Sept. 15, but the agency said it didn't know exactly what chemicals it used.

"Amtrak has been in contact with Mrs. Benitez and is currently investigating this claim," Amtrak told NY1 in a statement.

Produce grown in the garden normally is donated to local residents and a soup kitchen. But about half of the garden is dead or dying - and there's concern the surviving vegetables might be contaminated.

The local city councilman, Mark Levine, fired off a letter to Amtrak, requesting that the railroad make things right.

"This is one of our most precious community gardens," Levine said. "We are demanding Amtrak come out here, inspect the damage, give us answers to what they sprayed, and compensate this garden for the harm that has been done."

Despite the damage, Benítez is optimistic her garden will eventually bloom once again.

"I know my volunteers are going to be here and they're going to put all their energy to make it better," she said.