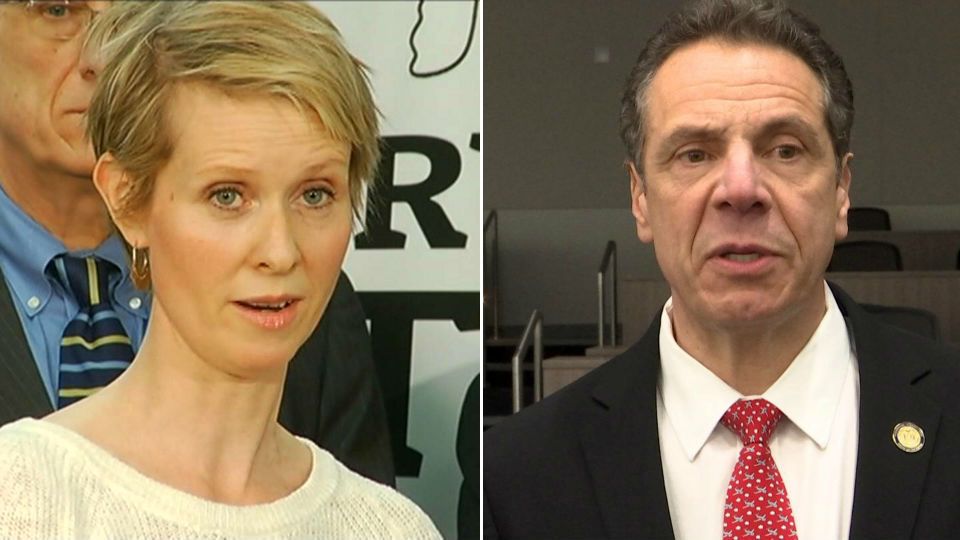 Voters head to the polls in the primary on Thursday and a new Siena College survey released Tuesday gives Gov. Andrew Cuomo a wide lead over Cynthia Nixon.

A LOOK AT THE NUMBERS — WITH A CAVEAT

This survey found Nixon slightly stronger upstate than she is in the city, where she has the support of only seven percent of black voters.

68 percent of respondents said they had a favorable view of the governor while 41 percent said they liked Nixon.

Polls have consistently shown Cuomo with a commanding lead over Nixon, but this latest one sampled primarily voters over the age of 55. While those older voters have traditionally been the most likely to vote in a primary, some believe in the current climate there could very be a surge of young voters, as we have seen in other races.

In the race for lieutenant governor, the poll has incumbent Kathy Hochul leading Brooklyn City Councilman Jumaane Williams, 43 to 21 percent. Hochul's lead is up 13 percentage points from July.

The poll shows a very tight race among the Democrats running for state attorney general.

Maloney leads James among likely voters, 25 percent to 24 percent. Zephyr Teachout is close behind with 18 percent, and Leecia Eve is fourth with 3 percent.

This poll was conducted between September 4 and September 7. It has a margin of error of +/- 4.3 percentage points.

The Siena College poll was conducted before this weekend, which turned out to be a tough one for Cuomo.

It started when Saturday's opening of the second span of the Mario Cuomo Bridge was postponed. The span is now set to open by Wednesday's morning rush. The governor took a ceremonial ride over the new bridge on Friday.

The opening was pushed back because of concerns that a piece of the old Tappan Zee Bridge could fall onto the new bridge.

Cuomo said Sunday that the decision to postpone was made by the private contractor that controls the Tappan Zee.

"They own the bridge, it's their decision. I have no authority in the situation at all, I can't say do this or do that. So it's totally up to them," Cuomo said.

Cuomo also dismissed critics who suggested he sped up the timetable for the opening of the new bridge so he could get a photo op before the primary.

The governor is also dealing with the fallout from a mailer sent out by the state Democratic Party that suggested Cuomo's challenger is anti-Semitic.

The mailer — which the New York State Democratic Committee sent just before the start of Rosh Hashanah and days before the primary election Thursday — shows an image of Nixon and says, in part, "With anti-Semitism and bigotry on the rise, we can't take a chance with inexperienced Cynthia Nixon, who won't stand strong for our Jewish communities."

The mailer goes on to say that Nixon supports the "BDS" movement. BDS stands for "Boycott, Divestment, Sanctions," and promotes boycotts of Israel.

Nixon has not publicly endorsed the BDS campaign. But she has backed the group "Jewish Voice for Peace," which Israel claims is part of the BDS movement.

Cuomo is, in effect, in charge of the state Democratic Party. But he claims he knew nothing about the mailer and did not approve it.

"The state Party sent out a wrong and inappropriate mailer — we will work with the Nixon campaign to send out a mailing of their choosing to the same universe of people," Geoff Berman, the executive director of the state Democratic Party, tweeted after experiencing backlash over the mailer.

But it's unlikely that the party could send out a mailer on behalf of the Nixon campaign before the primary.

The governor went about his campaign business Monday, however, locking up more institutional support in the form of endorsements from the state's entire Democratic congressional delegation.

On Staten Island, Cuomo sent his 87-year-old mother out on the campaign trail. Matilda Cuomo did not campaign for her son four years ago but did for her late husband, Mario Cuomo, who was governor from 1983 to 1995.