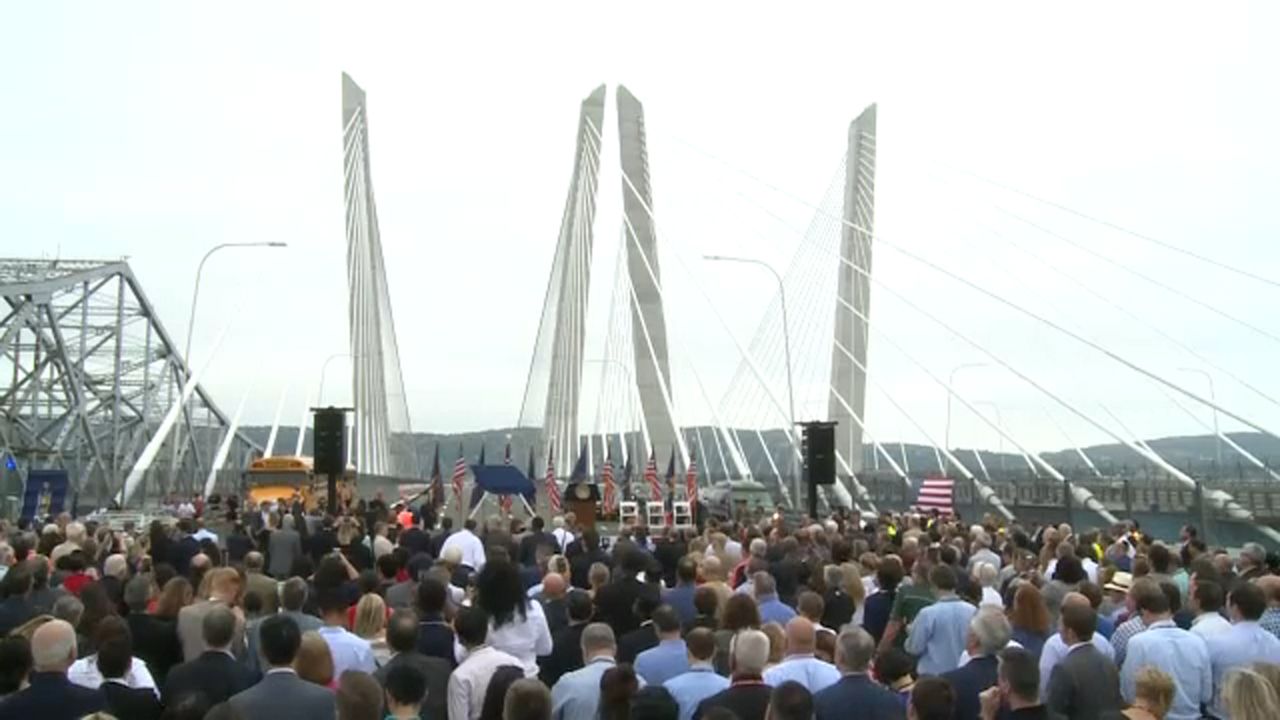 The opening of the second span of the Mario Cuomo Bridge is pushed back after concerns the old Tappan Zee Bridge could collapse.

While preparing for the opening, engineers discovered a damaged portion on the old bridge.

The Governor says suspending the opening of the Cuomo Bridge is a precaution to keep residents safe.

Cuomo says the Tappan Zee Bridge is not controlled by the state.

The independent contractor that owns the bridge discovered the problem while trying to dismantle it.

Cuomo says traffic on the new bridge won't be opened until the situation is deemed safe.