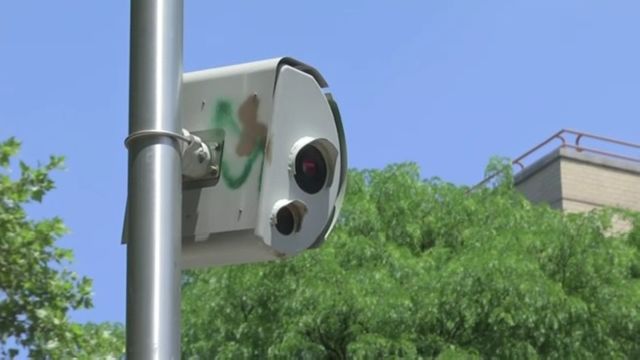 Nearly all of the city's school-zone speed cameras will no longer be able to collect summonses, as a state program ended Wednesday.

With today being deadline for speed cameras to expire, @NYCMayorsOffice confirms they will not be turning off the cameras. They will be keeping them on to collect data. Albany statute only prohibits them from issuing summonses.

State legislation that maintains cameras in 140 school zones across the five boroughs expired, after a series of conflicts in the state Senate stalled action during the last legislative session.

The next legislative session does not begin until January, several months into the school year.

People who drove past a speed camera faster than ten miles per hour during a school would receive a $50 ticket.

Advocates have argued the speed cameras have made school intersections safer.

The city transportation department says the use of speed cameras reduces speeding by more than 63 percent where and when they are used. The number of pedestrians hit is down by 17 percent, and fatal crashes are down more than 55 percent.

A private company has operated speed cameras in 140 city school zones since 2014, when the state legislature authorized their use.

With the end of the authorization, the city transportation department returned some of them to a lot in Long Island City, Queens — mobile cameras that attached to vehicles and driven around the city.

"Those cameras should be rolling 24/7 because we know this program was never about raising money," Queens City Councilman Jimmy Van Bramer said at a press conference. "It was about saving lives and changing behavior."

Advocates blame state Senate Republicans like Marty Golden for not passing a reauthorization bill during the legislative session that ended in June. Police unions vigorously opposed the reauthorization, and at one time so did Golden.

Facing a tough reelection, and with the issue getting a lot of attention, Golden on Wednesday urged Gov. Andrew Cuomo to call lawmakers back to Albany for a special session to take up the matter.

"I'm working on that to try to get the Senate majority back," said Golden, a Brooklyn state senator. "There are a whole host of issues going on. The governor can do it tomorrow."

The city is still authorized to operate speed cameras in 20 school zones. Mayor Bill de Blasio plans to use mobile cameras and continually move them to different school zones around the city so they have a maximum deterrent effect. But authorization to use the cameras expires late next month, before the new school year begins.