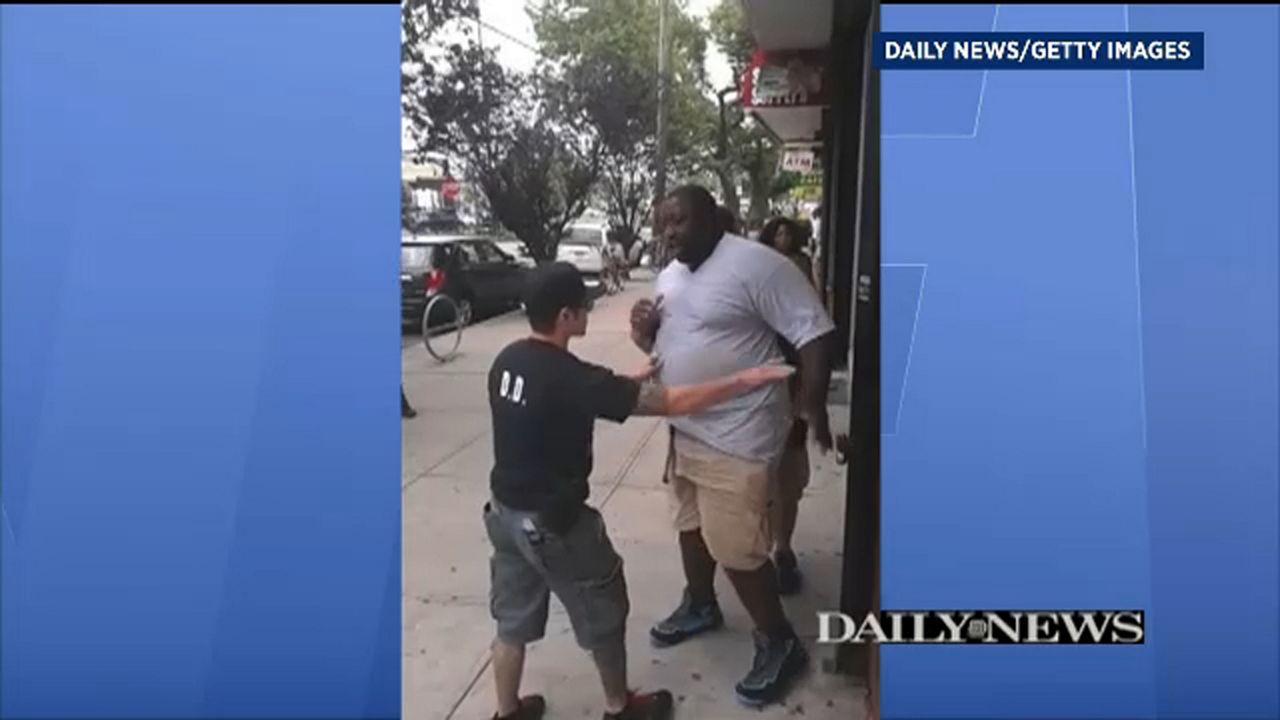 Tuesday marks four years since Eric Garner died at the hands of a New York City police officer, and now the department says it's ready to resume its investigation.

The NYPD on Monday told the Department of Justice that it will move forward with the disciplinary process against the police officers involved in Garner's death, if the federal agency does not file criminal charges in its civil rights investigation by the end of August.

The NYPD said if the Justice Department does not publicly announce its intentions to file criminal charges against the officers in the case by August 31, the department would on Sept. 1, or shortly thereafter, move forward with its disciplinary proceedings.

"Understandably, members of the public in general and the Gamer family in particular have grown impatient with the fact that NYPD has not proceeded with our disciplinary proceedings and they have difficulty comprehending a decision to defer to a federal criminal investigation that seems to have no end," the NYPD said in the letter penned to the Justice Department. "Any further delay in moving ahead with our own disciplinary proceedings can no longer be justified."

The letter was released one day before the fourth anniversary of Garner's death.

The 43-year-old Garner, who was accused of selling loose, untaxed cigarettes, was stopped by police on Staten Island on July 17, 2014, and refused to be handcuffed. NYPD Officer Daniel Pantaleo is seen on a widely watched cell phone video putting Garner in an apparent chokehold, which is banned under NYPD policy.

The heavyset victim, who had asthma, is heard gasping, "I can't breathe." He was pronounced dead at a hospital. The medical examiner ruled the death a homicide caused in part by the chokehold.

In 2014, the Staten Island district attorney convened a grand jury panel and heard evidence on the case, but the grand jury declined to indict Pantaleo or the other officers. Garner's family received $5.9 million from the city in 2015 to settle a wrongful death claim.

Pantaleo is no longer on patrol, but he remains employed by the NYPD on paid desk duty and has not been disciplined.

Speaking at a press conference Monday evening with Rev. Al Sharpton, Garner's mother, Gwen Carr, said she wanted Pantaleo and the other officers to be fired.

"We want to see this done. We want it to be done swiftly," Carr said. "We don't want politics to play a part in this. We just want justice for my son, Eric."

NYPD said it had halted its internal disciplinary proceedings because the Department of Justice picked up the case.

"What's strange is their inability to come to a decision either way," Mayor Bill de Blasio said about the Justice Department on his weekly interview NY1's "Inside City Hall" on Monday night. "The NYPD will look at all of the different officers involved, determine which are worthy of disciplinary process, and proceed with that process. And then there will be a trial."

In a statement, the Justice Department said it already told the NYPD in the spring it could go forward and that the move "does not have any bearing on the decision-making timeline."

"If the Justice Department wants to produce some documentation to that effect, I'd be happy to look at it," de Blasio said to "Inside City Hall" Host Errol Louis on Monday night. "I have never heard that they indicated a change of heart. Because they had previously, very consistently said, over two administrations, 'Don't proceed.' But if they did, in any way, shape, or form communication that, as you said it was only a few months ago."

A lawyer for Pantaleo declined comment on Monday. Pat Lynch, the head of the Patrolmen's Benevolent Association, called on the Justice Department to close its case but said that the officer deserves due process in the disciplinary process.

The Garner family and police reform activists have expressed deep frustration over the inaction by federal authorities and the NYPD after a state probe ended without criminal charges.

Garner's death sparked angry protests about the treatment of black men and boys at the hands of white police officers. His dying words, "I can't breathe," became a slogan for the Black Lives Matter movement.