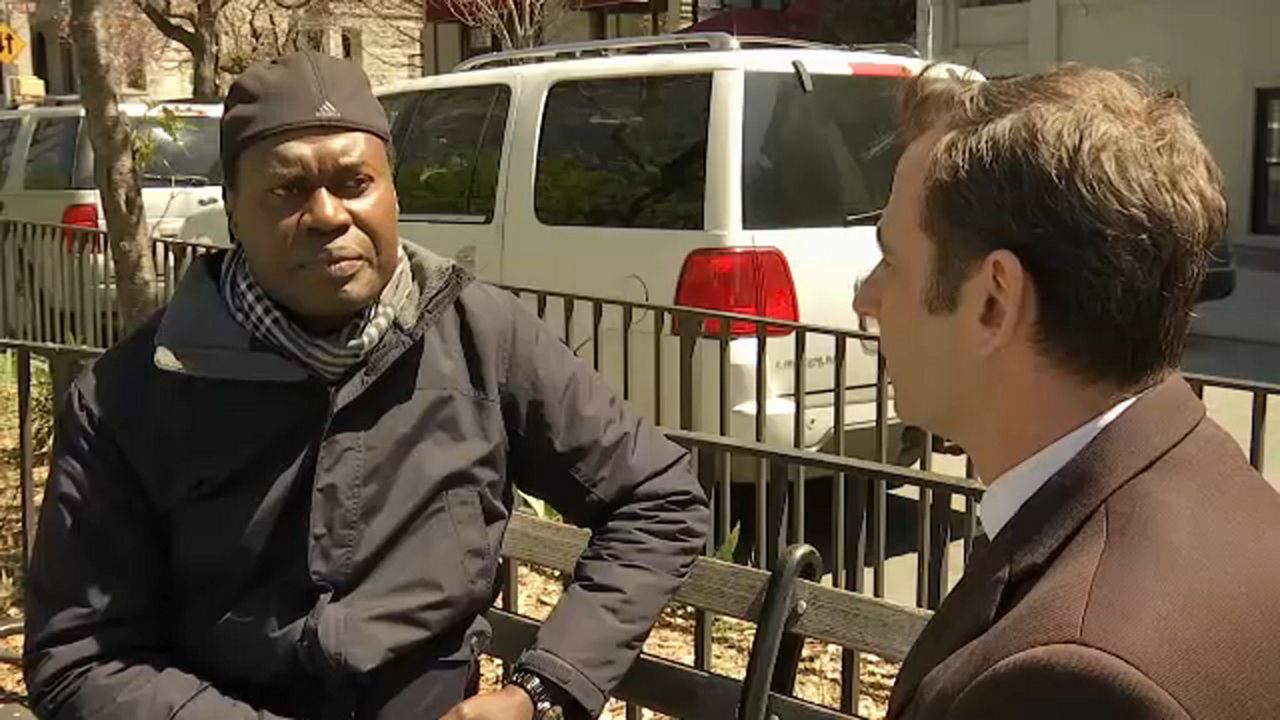 Herzenberg: I'm sorry, you said that the firefighters saved your life?

Spelman Beaubrun: I'm standing here today because of the firemen who braved the smoke and dragged me out of the building. And now to hear that one of them didn't make it, it hurts.

That was Beaubrun, back outside his Harlem apartment building on March 23, hours after a deadly five-alarm fire gutted the building and left the residents homeless.

Beaubrun was overcome by smoke and unconscious when firefighters found him and brought him to safety.

He had just returned from the hospital when we spoke to him on NY1.

He lost everything in that blaze except his passport and his life. Beaubrun is now living in a city homeless shelter in Harlem.

But he's not complaining about it.

"It's a blessing, and I'm so grateful for that because I had no idea where I was going to be," he told me.

Beaubrun did not have any savings or renters insurance.

He works for television production companies, and says they have stepped up with clothes and steady work.

"I got a call from "The Good Fight" production and the words were: 'You are part of our family," Beaubrun said.

He works as a stand-in on the show, as an extra in "Blue Bloods," and has a recurring gig on-camera in "Madam Secretary."

"So grateful, and that was one of the calls I got from Téa Leoni, and she just said, 'Hang in there, Spelman,'" Beaubrun said.

He says he often thinks of the firefighter who died that day. Lt. Michael Davidson was 37 and had four children.

When we asked about that, Beaubrun got emotional. "You put yourself in the position of these kids that will be growing up without a father," Beaubrun said. "It's heartbroken."

At the age of 54, he has to start his life over. But a part of him will always be on St. Nicholas Avenue near 149th Street.

"Not a day goes by not thinking about this tragedy that will be engrained in my heart for the rest of my life," Beaubrun said.

Beaubrun's friends set up a GoFundMe page that has raised $26,000. He says he is now close to pulling the trigger on an affordable apartment.

The FDNY says the cause of the fire is still under investigation.

A couple is suing actor Edward Norton's production company for $7 million. "Motherless Brooklyn," a movie starring Norton, Bruce Willis, Willem Dafoe, and Alec Baldwin, was being filmed in the basement of the building. It had just wrapped for the night when the flames broke out.