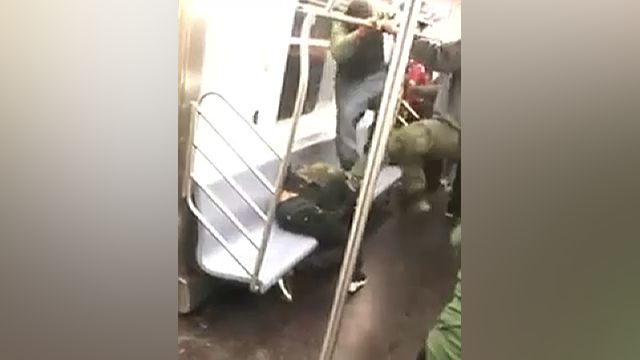 Brutal 2 train beat down in the Bronx caught on video

A group of people were arrested after they were caught on video brutally attacking a man on a 2 train in the Bronx about a week ago, the city police department said Saturday.

It happened around 1:50 a.m. on April 6. Police said the victim noticed a group of people smoking K2 and playing music loudly as the train was near the 149th Street-Grand Concourse station.

An argument broke out, and the three people in the group threatened to take the man's cellphone, and ended up assaulting him.

One of the attackers is seen in the video punching the victim before the group repeatedly punches the man, who was sitting down. Two men in the group then stomped on the man, who was covering his head to protect himself, while hanging from a subway pole.

The attackers then threw the victim off the train and onto the subway platform at the West Farms Square-East Tremont Avenue station. Sources said the victim has special needs.