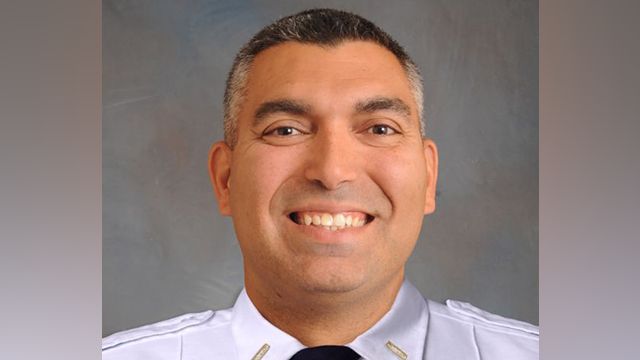 Foundation pledges $100,000 to help family of FDNY member who died in Iraq

An organization is pledging to help the family of an FDNY firefighter and National Guard member who was killed while serving in Iraq.

The Stephen Siller Tunnel to Towers Foundation announced Sunday that it will give $100,000 to the family of fallen FDNY Lieutenant Christopher Raguso.

The 39-year-old was one of two FDNY firefighters killed during a helicopter crash in Iraq on Thursday. Fire Marshal Christopher Zanetis of Long Island City was also killed.

Raguso leaves behind a wife and two daughters.

Family members spoke about Raguso at his former ladder company in Flatbush on Sunday.

"Christopher was an extraordinary man, he was a superhero in my eyes — and hopefully in all of our eyes," said Anthony DiChiara, Raguo's father-in-law. "He loved his family. He loved his wife, he loved his kids."

The foundation is still accepting donations in Raguso's name.

To learn more or to donate, head to tunnel2towers.org

Gov. Andrew Cuomo directed flags on all state government buildings to fly at half-staff Monday in honor of the four New York National Guard members who were killed in the helicopter crash.

The Department of Defense said Staff Sergeant Dashan Briggs and Captain Andreas O'Keeffe were among those killed when their chopper crashed in Western Iraq.

All four men were assigned to the 106th Rescue Wing and were stationed in Westhampton Beach.

The crash remains under investigation, but it does not appear to be the result of enemy activity.