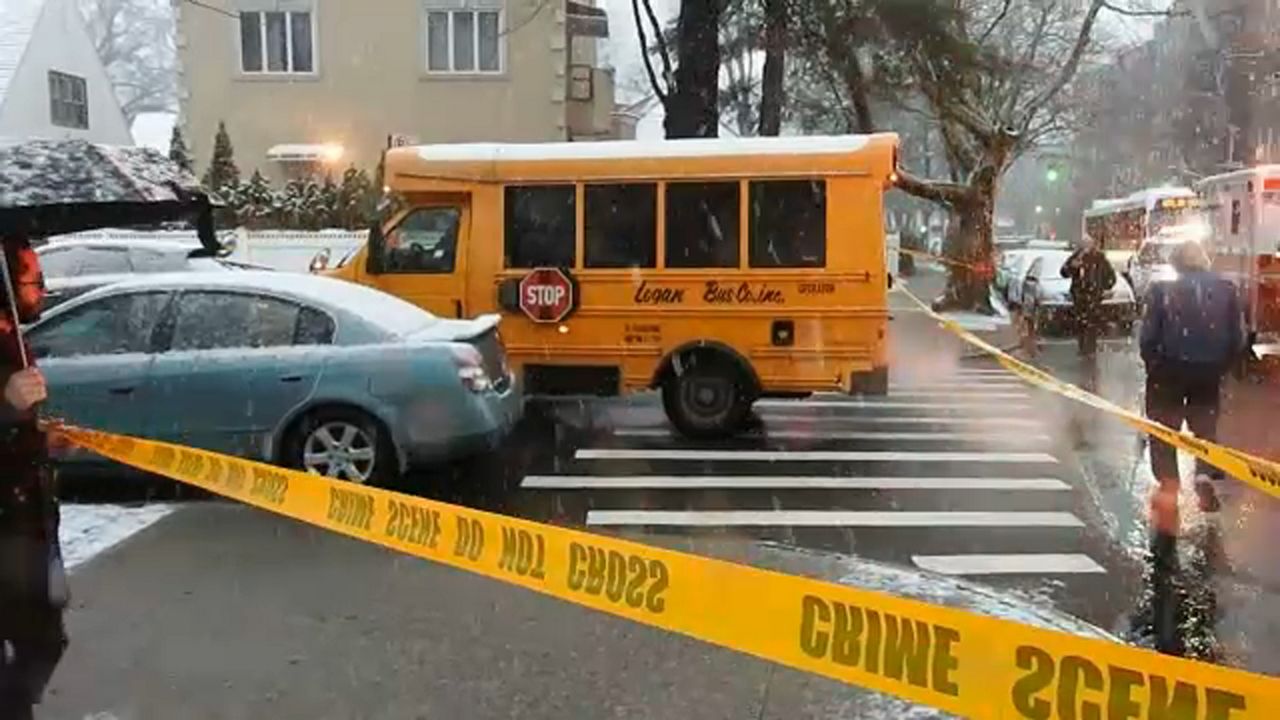 A woman died Tuesday morning in Queens after a mini-school bus, which was carrying three children, hit her, according to the city police department.

Police said Elise Hellinger, 58, was trying to cross at the corner of 82nd Road and Kew Gardens Road around 6:43 a.m. when the private bus hit her.

She was found unconscious and unresponsive, and was later pronounced dead at the scene, authorities said.

Police officials said the bus was travelling north on Kew Gardens Road and made a left onto 82nd Road.

Three children, between the ages of 11 and 13, and a bus matron, were on the bus at the time of the accident. They were not injured.

Police said the 24-year-old driver remained at the scene and is not facing any charges at this time.

A spokesperson for the bus company issued a statement, saying, "Logan Bus is fully cooperating with the ongoing investigation and is devastated by this morning's incident. Our thoughts and prayers are with the family."

The investigation is ongoing.