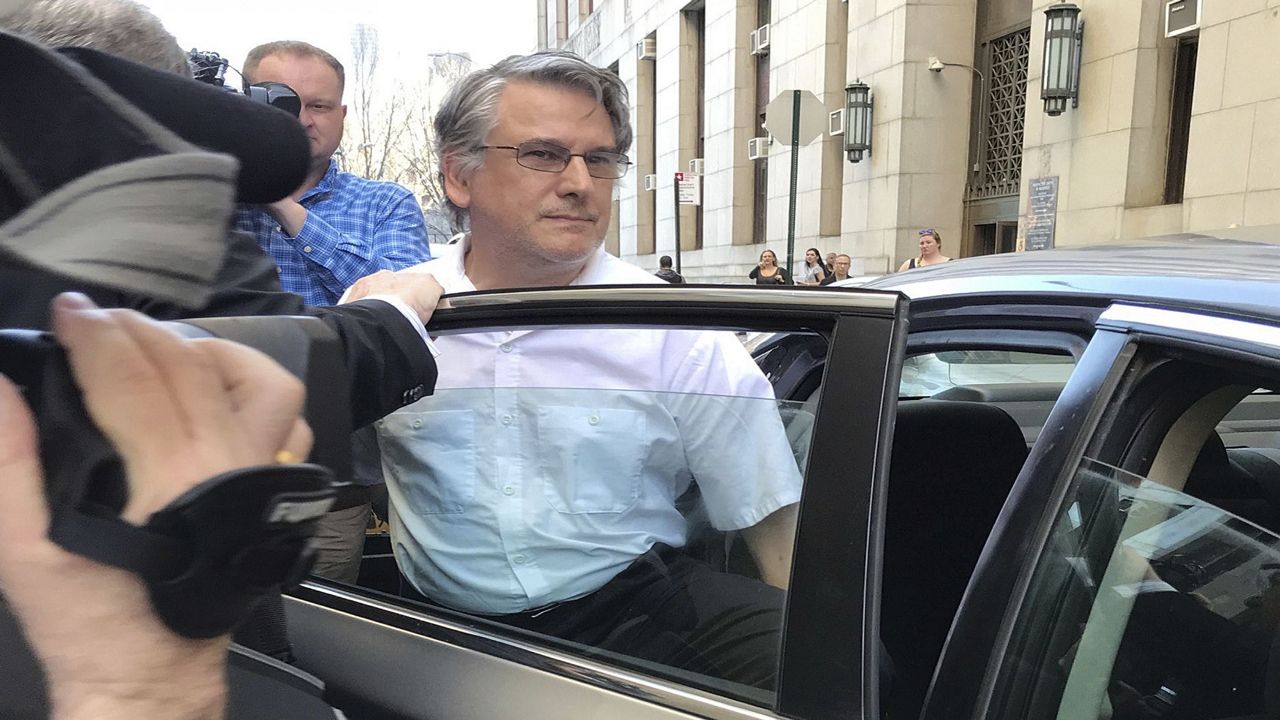 A neurologist sentenced to probation after he admitted groping women at a Philadelphia clinic pleaded not guilty Wednesday to sexually assaulting six patients in New York City.

Neither Cruciani nor his lawyer Mark L. Furman commented outside court. Cruciani changed from a beige jail uniform into a white shirt and black pants and got into a waiting car.

One former patient, Hillary Tullin, 45, called a sexual abuse hotline last year and reported that Cruciani had abused her between 2005 and 2012, authorities said.

Tullin told The Associated Press on Tuesday that she testified before a grand jury about two weeks ago. "He needs to be locked up," she said.

The AP does not typically identify people who say they are victims of sexual assault unless they grant permission, which Tullin has done. She told her story publicly to the AP last year. She was among the victims in the indictment, authorities said.

The AP reported in November that at least 17 women in Pennsylvania, New York, and New Jersey had stepped forward to accuse Cruciani of sexual misconduct in encounters dating back at least a dozen years.

Cruciani was employed at Mount Sinai Beth Israel hospital where he was responsible for treating patients with chronic and debilitating pain when he allegedly abused the women. Hospital officials have previously not commented on the allegations against Cruciani.

Women who said they were sexually abused by Cruciani told the AP that they felt they had no alternative but to continue seeing the Ivy League-trained neurologist, who specialized in rare, complicated syndromes.

In Pennsylvania, Cruciani pleaded guilty to assaulting seven patients in 2016 while he was chairman of Drexel University's neurology department. Under a plea agreement, he was sentenced to seven years' probation. He also had to register as a sex offender and forfeit his medical license.

"We are aware of the criminal charges that have been filed by the Manhattan District Attorney against Dr. Ricardo Cruciani, a neurologist previously employed by Beth Israel Medical Center prior to the hospital becoming part of the Mount Sinai Health System.  Dr. Cruciani's employment with Beth Israel Medical Center ended in 2014. We are deeply disturbed to learn about these charges and have been working closely with the investigation being led by the District Attorney's office. The Mount Sinai Health System is committed to a safe environment for all patients, faculty, staff, students, trainees and visitors," Mount Sinai Health System said in a statement.

The Manhattan district attorney is urging anyone who believes they may be a victim to call the Sex Crimes Hotline at 212-335-9373.