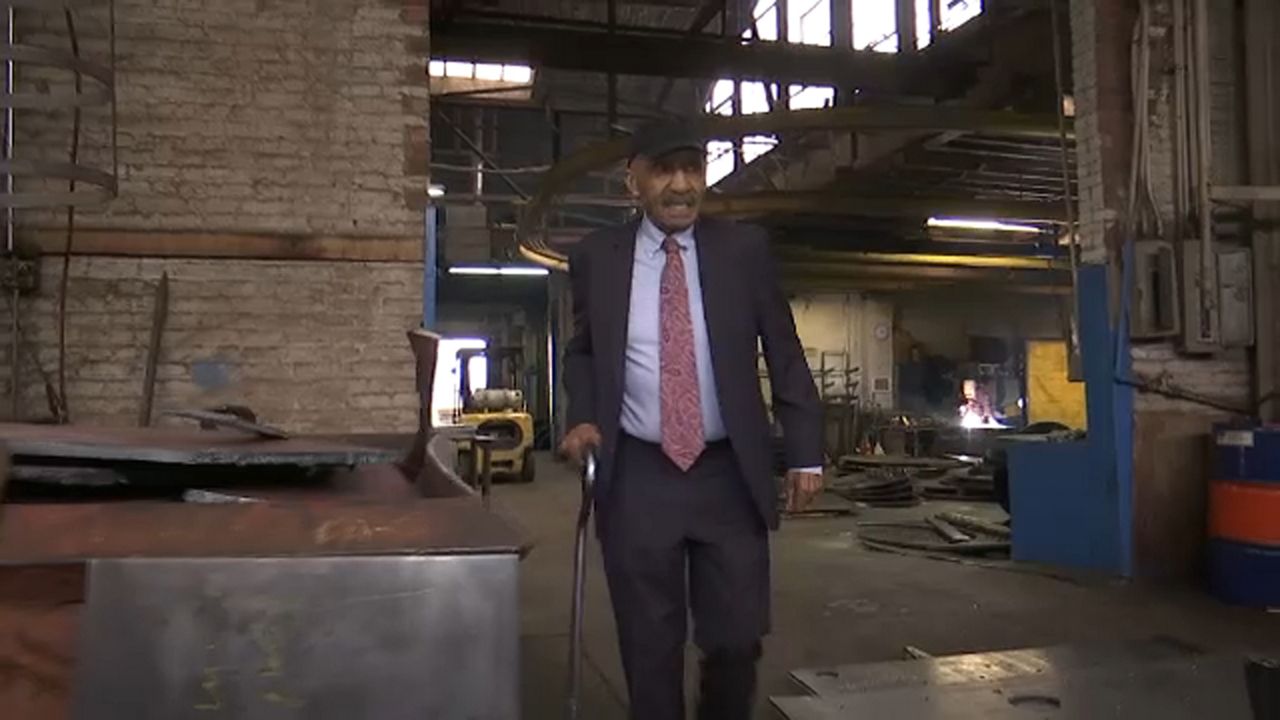 Why this 91-year-old Bronx man still works every day

Leon Eastmond has been working since he was 12 years old. At age 91, he has no plans to step away from the multi-million dollar manufacturing company that he built in the Bronx.

"You know why so many people are anxious to retire? They don't like what they do," Arlington Leon Eastmond said.

What Eastmond does is make boilers. His company EASCO is one of the largest black-owned boiler manufacturing companies in the country. He built it out of the welding and repair business that his father started in 1926.

"He would run the place in the day and I worked at night," Eastmond said.

By the 1940s, they were making fuel tanks and repairing boilers. But gaining customers was difficult; people often turned him down because of his skin color.

"When I went out in the 40s, knocking on doors — remember that movie "Guess Who Came to Dinner?" Well, I would knock on the door and say, 'Guess who came to sell you a boiler,'" said Eastmond, laughing.

He says people eventually gave him a chance and he has been paying it forward ever since. Eastmond has hired ex-offenders and unskilled workers who are willing to learn the trade.

"I like to show our people some success," he said.

The company employs about 100 people. Roberto Mendoza has been there 33 years. He worked his way up from laborer to supervisor.

"It's a great company, gives a lot of opportunity to people," Mendoza said.

Eastmond's grandson helps him run the business, which churns out about 250 boilers a year. Yankee Stadium and 1 World Trade Center are among its customers.

"It's a nice thing to see that something that my great-grandfather started, and my grandfather continued the torch and he's still here operating every day, and now we are kind of here helping him along," EASCO Chief of Staff Tyren Eastmond said. "It's something that gives me joy."

But there have been tough times as well. EASCO was hit hard by the recession. The company was forced into Chapter 11, but quickly emerged from bankruptcy.

This year, Eastmond says it's set to make $12 million in revenue.

That's one of the reasons why Eastmond says he will never retire — that and the fact that he loves his business.