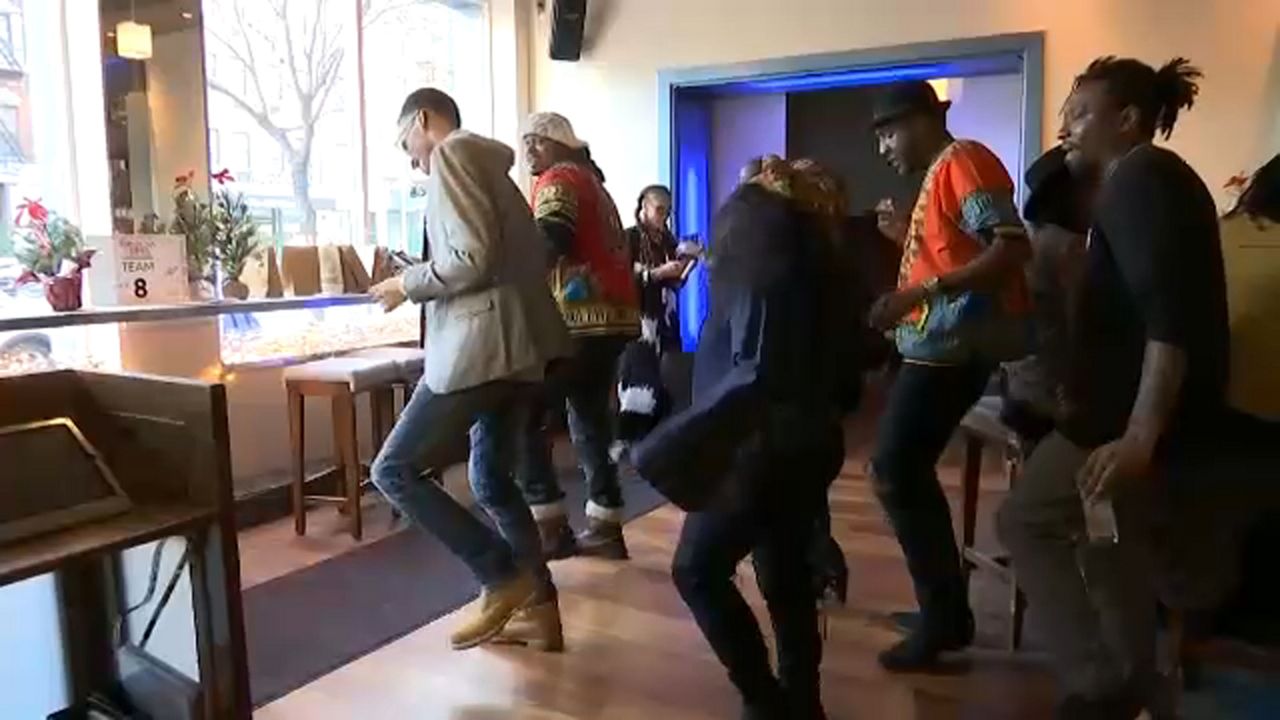 "Celebrating in this way will get young people's attention, because it's not as popular as it could and should and could be," one woman said.

Hundreds of New Yorkers marked the first day of Kwanzaa by taking part in the second annual Kwanzaa bar crawl.

Dozens of bars and restaurants in Harlem and Brooklyn offered drink specials to revelers dressed in their Kwanzaa best.

Participants said that because so many longtime businesses have been hurt by the gentrification of historically-black neighborhoods, it is important to help them when possible.

Kwanzaa is a seven-day celebration of African-American culture, with each day representing a different principle, including unity, self-determination, creativity, and faith.

Organizers said the celebration was a fun way to get young people in touch with their roots.

"I think there's a lot of searching for cultural and ancestral identity, and people want to feel like they are part of a community," said Chloe Hilliard, the Harlem Event Manager of Kwanzaa Crawl.

For some business owners, the day after Christmas can be slow, but that was not the case at Chocolat Restaurant and Lounge on Fredrick Douglas Boulevard, where Kwanzaa crawlers filled almost every seat in the house.

"For them to come to a place like this and other places like this, and just have a great time while supporting the community by spending dollars and cents," said Leon Ellis, the owner of Chocolat Restaurant and Lounge.

The event has more than doubled since it first began in Brooklyn last year, expanding to include Harlem.

But organizers said Kwanzaa Crawl is less about alcohol and more about community than other holiday bar crawls, like Santa Con.

"I like to think we have a certain 'je ne sais quoi' about us," Hilliard said.

Proceeds from the ticket sales benefit two local charities — another way that participants helped the community while having a good time.