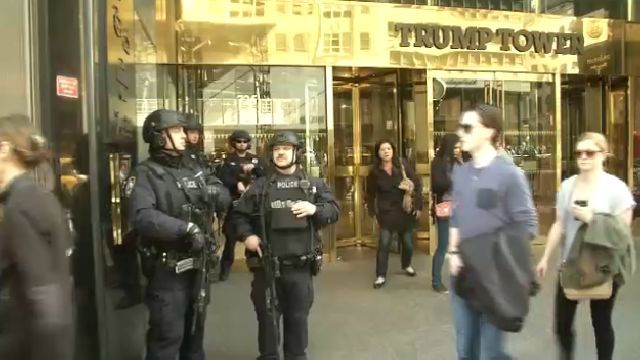 City to get back millions for Trump Tower security costs

NEW YORK - Washington says it will pay the city back millions for protecting President Donald Trump during his transition to the White House.

The city spent significant money on security at Trump Tower between the election and inauguration day.

The president spent much of his transition at the Midtown skyscraper, costing the city nearly $24 million in overtime pay and extra resources for the NYPD.

A series of grants totaling $26 million will reimburse the city and Suffolk County for protecting the first family - a task normally reserved for the federal government.

Since taking office, President Trump has only made short visits to the city.