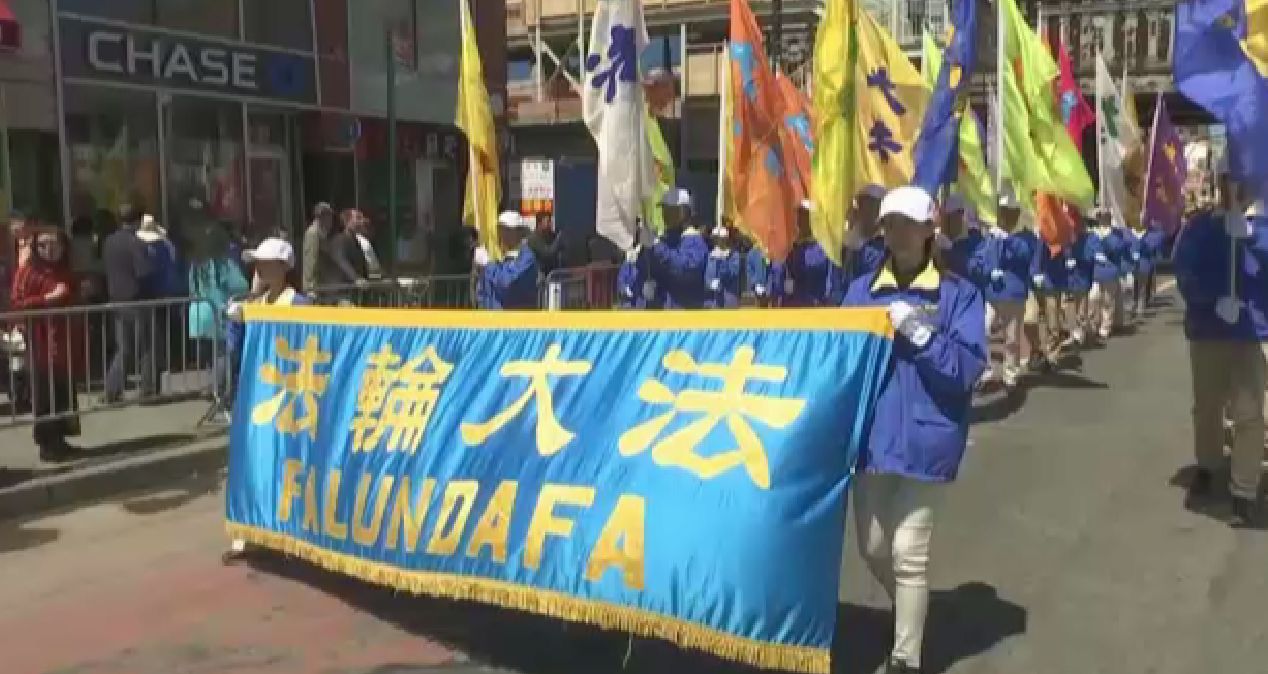 Hundreds of people lined the streets in Flushing to commemorate a day of infamy for many Chinese people.   Our Gene Apodaca was there for the Falun Gong Parade.

From marching bands to colorful floats, this event may look like a celebration, but the mood was anything but festive.

“They are trying to demonstrate that in the face of such severe persecution  they maintain their peaceful compassionate attitude,“ said spokesman, Erping Zhang.

April 25th, 1999 …10,000 people rallied onto Beijing - amid a government crackdown on Falun Gong, a meditation practice rooted in Buddhism.

Even today – practitioners of the spiritual practice face persecution by the communist party.

“We know 10’s of millions of people are sent to jail, at least we know over 5000 people have been persecuted there,” said Zhang.

Organizers say the parade serves as an opportunity to spread awareness on the issue -  in a very visible way.

Although hundreds of people participated in the parade it hit very close to home for one man who was there.

Shi Caidong was one of those who marched onto Beijing 18 years ago.

“I come here to appear the government and the people around the world to hear to stop the persecution in China, because freedom of belief is a basic human right,” said Caidong.

Although, many who stood on the parade path were empathic, we found one man with a different point of view.

“We go home every year we never  see the problem anymore right now, “ said the spectator who didn’t want to give his name.

Regardless of position, the parade may have accomplished one thing.

“I think it shows that there are a variety of ways to protest something and that the freedom of speech in America provides for that,” said spectator, Alex Tow.

Freedom, organizers hope, they’ll one day bring back  to their country.