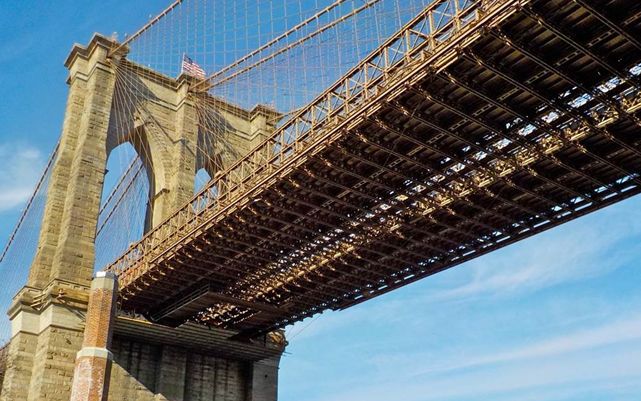 A new report finds bridges all across the United States are in bad shape, including some right here in the city.

The American Road & Transportation Builders Association has placed the Brooklyn and Throgs Neck bridges on its list of the nation's structurally-deficient bridges.

That means one or more key elements of the structure are considered to be in "poor" or worse condition.

Dozens of other highway overpasses around the five boroughs are also on the list.

And the Kosciuszko Bridge is named.

Drivers there will eventually have a smoother road ahead with the replacement for the old bridge already under construction.

The city's Department of Transportation says it has earmarked more than $9 billion for bridge repairs and investments as part of a 10 year plan.