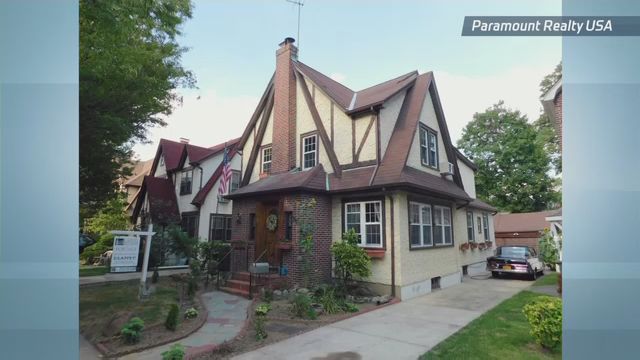 Donald Trump's Childhood Home in Queens on the Market

According to Newsday, the house on Wareham Place in Jamaica Estates is going on the auction block next month.

The five-bedroom Tudor has the same address that's listed on Trump's birth certificate.

The house's owners originally listed it for $1.6 million in July.

But they tell Newsday they decided to put it up for auction because they are not sure what it's really worth.

There's no word on whether Trump himself has any interest.

A series of open houses will be held at the home before the October 19 auction at the Roosevelt Hotel in Manhattan.