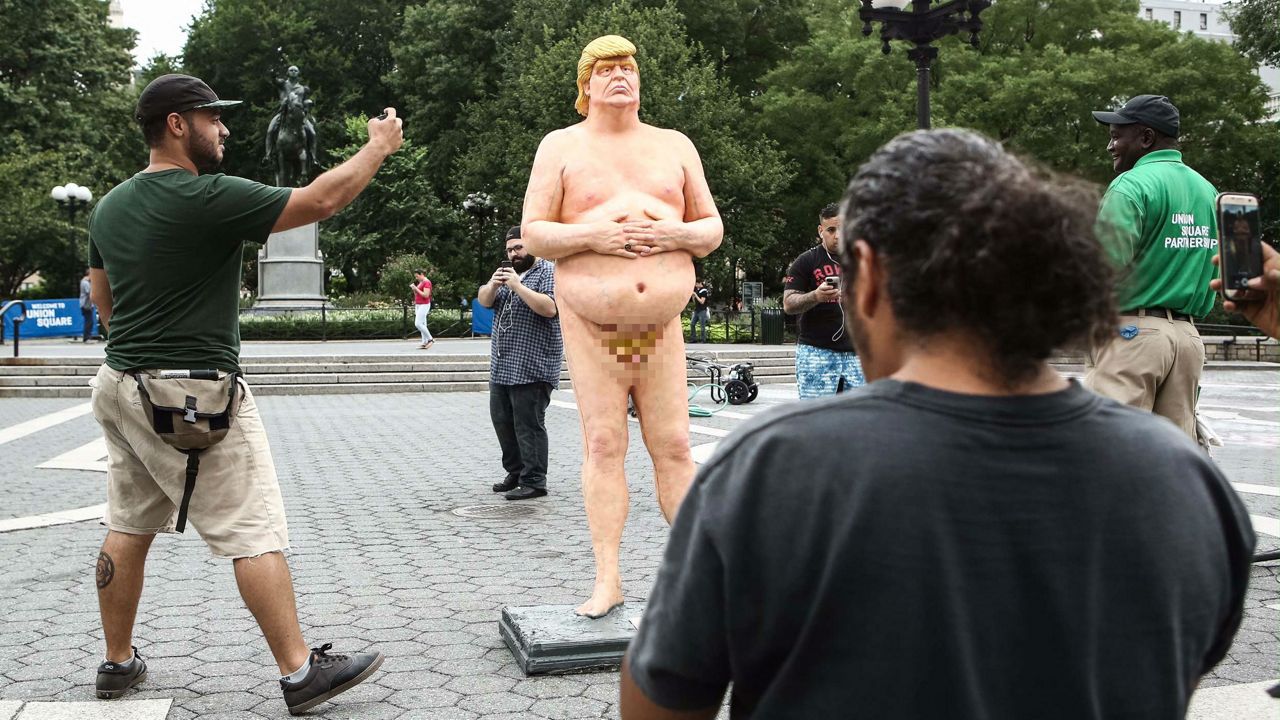 It was a Donald Trump New Yorkers have never seen before.

A naked statue of the brash billionaire was placed in Union Square on Thursday, part of a nationwide protest against the Republican presidential candidate.

The statue was created by a Cleveland-based artist described only as “Ginger,” according to a group calling itself INDECLINE.

Other life-size statues of Trump were placed in four other cities - Cleveland, Los Angeles, San Francisco and Seattle - the group said, as part of a project they called, “The Emperor Has No Balls.”

"Unlike the statues, it’s our hope that Donald Trump, our modern day Emperor of Fascism and Bigotry, is never installed in the most powerful political and military position in the world," the group said.

"These fleeting installations represent this fleeting nightmare and in the fall, it is our wish to look back and laugh at Donald Trump’s failed and delusional quest to obtain the presidency."

The statue in Union Square stood for a couple of hours, giving New Yorkers a chance to snap pictures and selfies, before it was removed by the Parks Department.

The agency then issued a cheeky statement. "NYC Parks stands firmly against any unpermitted erection in city parks, no matter how small," the statement read.