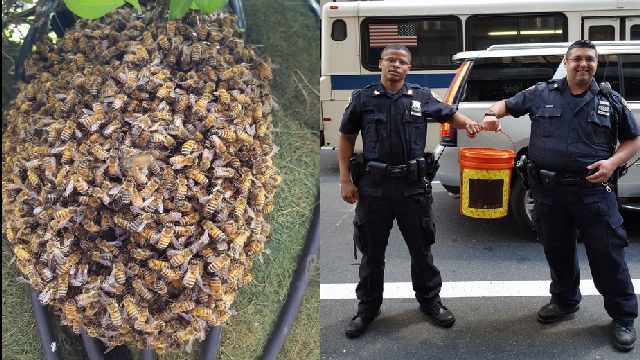 Grand Central Terminal was buzzing Monday, but not for the usual reasons.

A swarm of bees gathered on a light post outside the train station at 42nd Street and Lexington Avenue.

According to the NYPD, the NYPD's beekeeping unit got a ladder and generator from the NYPD's Emergency Services Unit in order to rein in the swarm.

Police say it took about an hour to wrangle the bees.