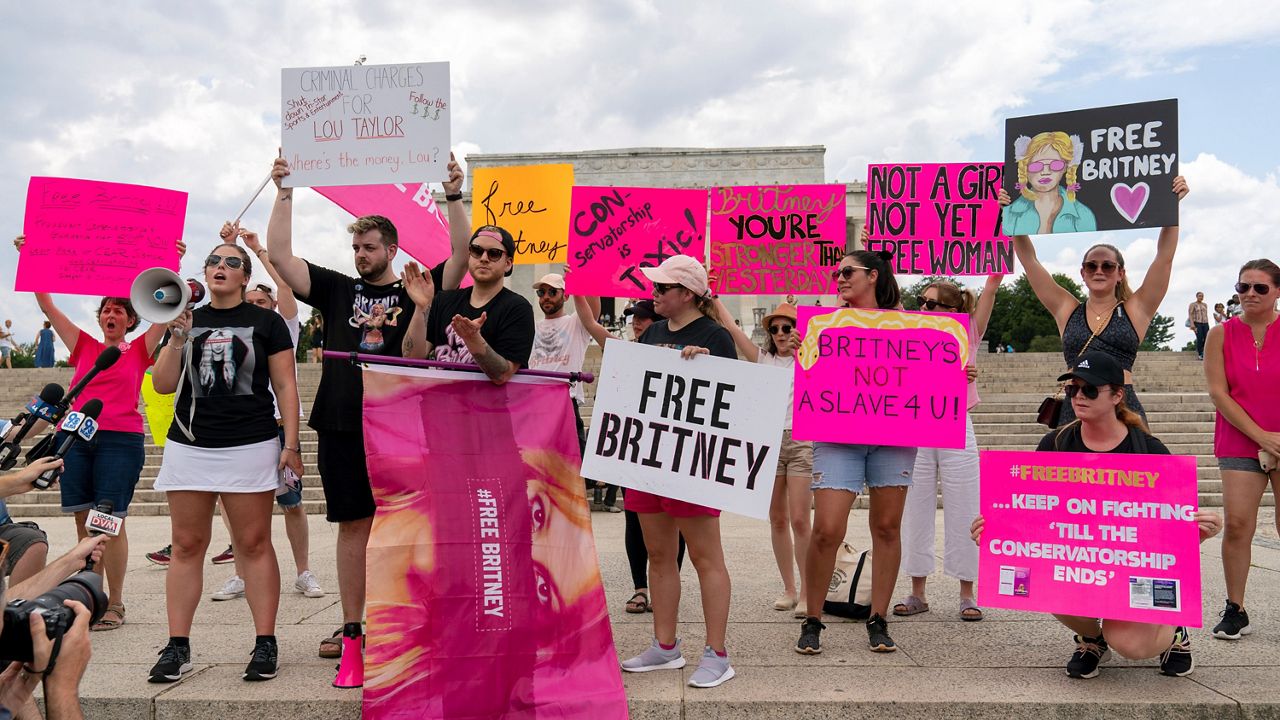 As Britney Spears's conservatorship battle continues to play out in court, details of her situation have sparked outcry from fans, celebrities and even lawmakers on Capitol Hill — including a Republican and a Democrat who introduced a bill seeking to protect adults under conservatorship or court-appointed guardianship from abuse or exploitation.

Reps. Nancy Mace, R-S.C., and Charlie Crist, D-Fla., introduced the Freedom and Right to Emancipate from Exploitation Act - or "FREE Act" - on Tuesday, which would give all Americans the right to petition a court to have their private guardian or conservator legally replaced by a public guardian, without needing to prove misconduct or abuse.

Mace told Spectrum News that the two lawmakers were prompted to take action after hearing Spears's gut-wrenching court testimony last month - in which she condemned the 13-year-long, court-enforced conservatorship that has controlled the vast majority of her life, calling it “abusive” and slamming her father and others who controlled it.

Spears’ claims included the fact that she wanted to get married to her boyfriend, Sam Asghari, and have a baby with him, but she is not allowed to because of her conservatorship: “I have an IUD in my body right now that won’t let me have a baby and my conservators won’t let me go to the doctor to take it out.” (An attorney for her father, Jamie Spears, denied those claims.)

"It was heartbreaking to hear her voice describe some of the abuses that she's endured under her conservatorship," Rep. Mace told Spectrum News in an interview Wednesday. "If it can happen to her, it can happen to anyone."

Among other things, the "FREE" Act would allow an adult living under legal protective arrangement the right to petition a judge to replace their conservator or guardian with a public one without first having to prove abuse or fraud - a difficult burden of proof currently required in some states. It would also provide independent caseworkers and more protections regarding financial matters.

The bill also seeks to streamline the system of conservatorship system in the U.S. - which currently governed at the state level - and provide an additional layer of federal guidance and oversight.

“Under the FREE Act, we would Free Britney along with the countless number of seniors and persons with disabilities being abused and exploited by the broken system,” Crist said in a statement.

The hope, Rep. Crist said, is that the FREE Act will help eliminate the "hodgepodge of guardianship or conservatorship we have in all 50 states."

Lawrence Gostin, a professor at Georgetown and former director of the National Association for Mental Health in the United Kingdom, said America's current system of overseeing these cases at the state level ultimately allows for "variable standards" and "variable monitoring quality in oversight" across the country.

"What the [proposed] federal law is intended to do is standardize it, and make it useful," Gostin told Spectrum News in an interview. "It also holds states to account by reporting to Congress."

In the U.K., Gostin told Spectrum News he helped implement similar safeguards to protect adults under legal guardianship: “What we did is what Congress is considering doing now," he said. "That's making a national standard that there needs to be a judicial decision with due process and rigorous oversight … The United States, as exposed by the Britney Spears case, has just fallen behind and we need to do a lot better."

The "FREE" Act "brings much more transparency and accountability to the conservatorship process," Mace said.

It's an effort that has also garnered broad bipartisan support: In the hours after it was filed, 15 lawmakers - both Democrats and Republicans - signed on to the legislation as co-sponsors.

Rep. Crist said Wednesday that abuse is an issue that ultimately transcends partisan politics: “As I've said before, it's not right versus left, it's right versus wrong."

Gostin said that Spears’ situation has shed a light on this important legislation and highlighted why it is necessary.

"These are crucial elements because of how broad, how breathtaking the powers of guardians and conservators are. Sometimes they're needed. Sometimes, you're [dealing with] a very old demented person who literally can't take care of their affairs,” Gostin said. “But Britney Spears is clearly not that person."

"And she's out there doing a concert, she's recording," Gostin added. "This is somebody who really does not deserve to be treated that way. But unfortunately, there are many others who are treated the same way, they just don't have the same star power."

"Conservatorships undoubtedly protect countless vulnerable Americans from abuse, but the case of Britney Spears reveals a darker side to a system meant to protect people," Rep. Mace said in a statement.