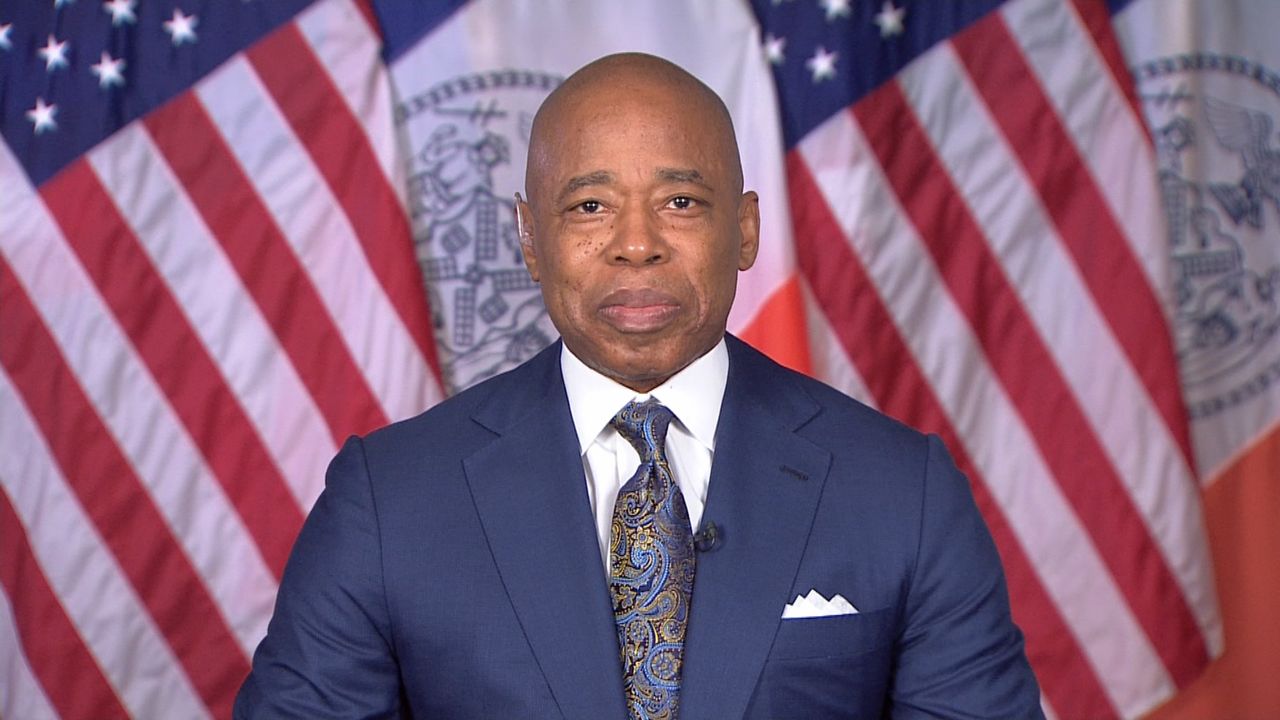 'We're not going to rush this': Adams says pre-K students will be allowed to remove masks soon

NEW YORK — Mayor Eric Adams on Monday asked parents of young children to trust him as the city continues to mandate that kids under the age of 5 remain masked in public schools.

The changes mean that all children over the age of 5 can go without masks in virtually all indoor settings. However, younger children are required to remain masked.

Adams has faced sharp criticism from parents over the decision, including a lawsuit that will challenge the constitutionality of the Department of Health’s mandate in the state Supreme Court.

An interim ruling from the court could come within the next five days, with a final ruling in month or so, according to Michael Chessa, the attorney filing the lawsuit.

"I don't understand why my six month old can go to his classes unmasked, yet my four year old go to the same establishment, take the same classes, and have to be masked. It is insane," said Liz Wierzeicki, a parent who joined a protest outside City Hall against mask mandates Monday morning.

"Heck no, the mask must go," said Wierzeicki's four-year-old daughter Elliana before being dropped off at school prior to the rally.

The mayor, however, has stressed that he was following advice from doctors and other experts.

During an appearance on “Mornings On 1,” Adams again responded to the criticism, saying removing all masks inside public schools would be “reckless.”

“I am not going to allow those babies to keep a mask on throughout the time they are in school,” Adams said. "[But] they’re in close environments and confined to that. They are not vaccinated and the numbers show that they’re the highest number that are hospitalized when you look at children.”

But parents like Sandy Davis believe the risk of her toddler contracting COVID no longer outweighs developmental delays her daughter struggles with.

“It is hard to quantify speech and developmental delays and even kids' emotions about this. It is really hard to quantify that. People like to believe that is does not exist, but it does exist and we see if every day so it is not a zero-cost decision," Davis said at the City Hall protest. "We really have to look at what are we gaining, the risk reward is no longer skewed to the reward."

Adams stressed that they will be watching the number of COVID-19 cases in older grades to monitor any potential spikes before allowing children under 5 to remove masks.

He did not say when that decision may come.

When asked what he would tell children under 5 who are watching their siblings go to school without masks, Adams responded: “When you have big brothers and sisters, sometimes they do it first to make sure it’s safe for you.”