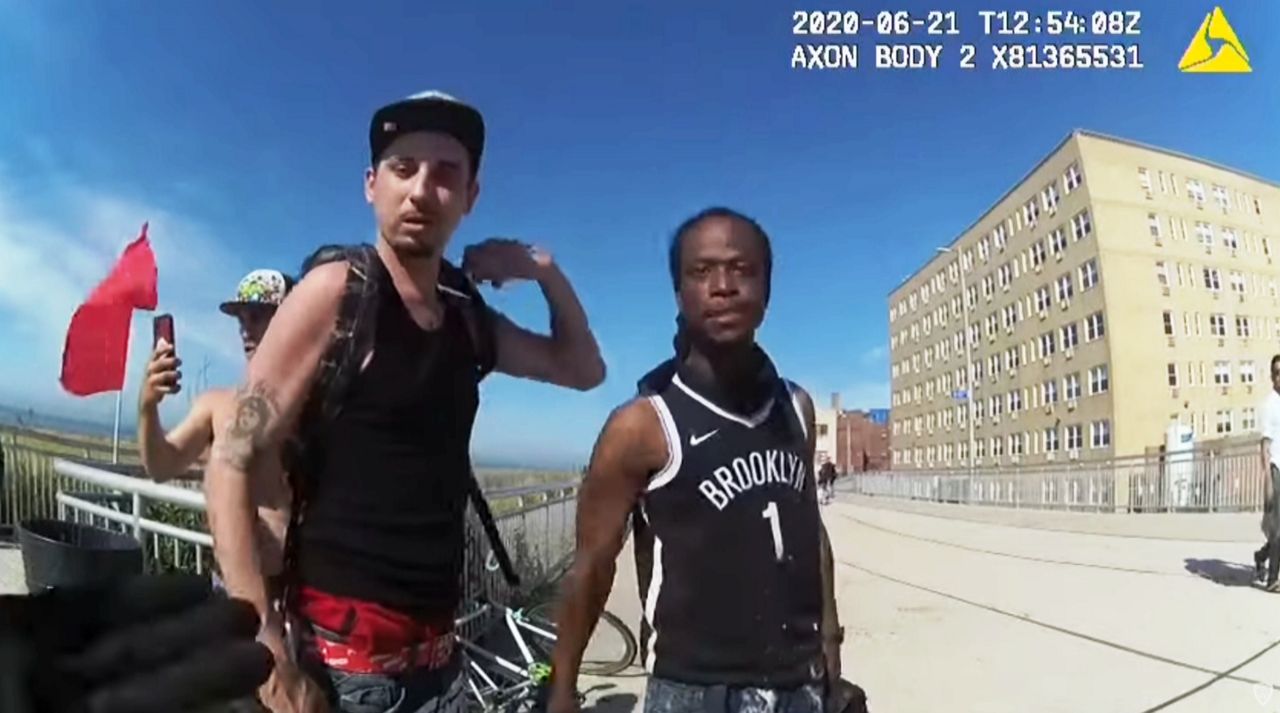 NEW YORK - Police Commissioner Dermot Shea is condemning the action of one officer after he used a chokehold to take down a man on the Rockaway Beach pier yesterday.

That officer was immediately placed on leave after the incident of caught on camera and the body camera footage was released.

Shea says the use of a chokehold is banned and is completely unacceptable but admits that the body cam footage does paint a bigger picture.

"The use of a chokehold has been banned in the NYPD for over 20 years. Period. It's not disputable and I think that video speaks for itself. As to the officers actions there, if you take away the hand around the neck, we wouldn't be having this conversation right now."

Shea also urged New Yorkers to consider how much crime and quality of life violations they are prepared to tolerate as the number of shootings is on the rise.

On whether or not the spike was related to recent prisoner releases, Shea said, “There is literally almost no one in jail when you look at the levels. You cannot have the releases that we’ve had, the continued population declines—where’s the aftermath? Where are the questions about supervision, parole, etc.?”

He adds that bad people aren't being held accountable and says he can't remember the last law that was passed that aided law enforcement.

On the topic of police brutality against Black people, Shea said, “I do not believe there’s systemic racism in the NYPD.”

The police commissioner joined "Mornings On 1" via Skype.