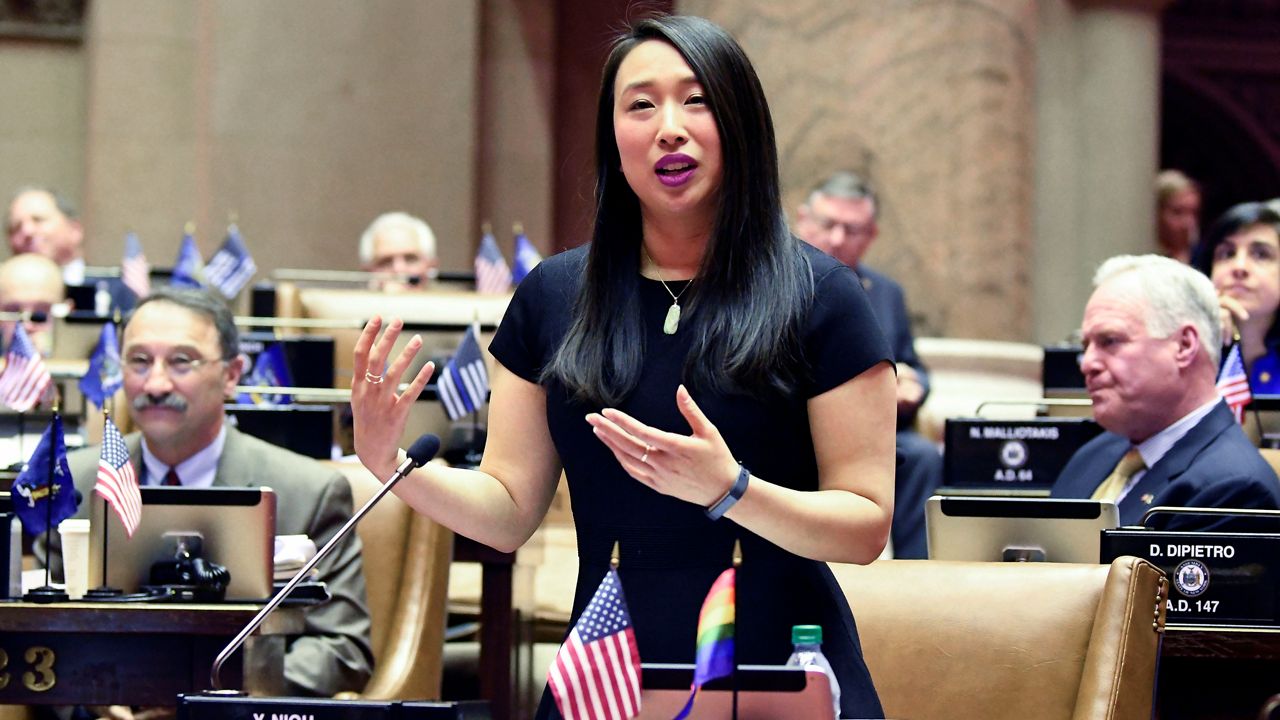 Assembly member Yuh-Line Niou has hundreds of volunteers knocking doors and making calls for her campaign in the new congressional district that stretches from Lower Manhattan to brownstone Brooklyn, she told Errol Louis on “Inside City Hall” Friday.

With the backing of the Working Families Party, Niou hopes to outpace her rivals — including former Mayor Bill de Blasio, Rep. Mondaire Jones, City Council member Carlina Rivera, and at least 10 others — as endorsements and money pour into the race.

Niou’s entire Assembly district, where she’s served for six years, is located inside the boundaries of the congressional district, an open seat drawn by a court-appointed special master after the original redistricting maps were ruled unconstitutional.

She currently represents Manhattan’s Chinatown, and the new district also includes Sunset Park — one of Brooklyn’s Chinatowns, Niou pointed out.

“It’s the first time where we’ll have an open election where both Chinatowns are going to be able to be represented in that way,” Niou said. “I think that we have a very, very, very bright path.”

The endorsement of the Working Families Party, a progressive political organization that backed de Blasio in his runs for mayor, will also work in her favor, Niou argued, calling the district “probably one of the most progressive districts in the nation.”

Niou pitched herself in contrast to the “status quo,” pointing to her efforts to hold Democratic leadership in Albany accountable and her desire to advance progressive policies even as the Democrats lose ground on issues of guns, abortion and the environment in the wake of Supreme Court rulings.

“We just lost our body autonomy. We lost our privacy rights. People are getting shot every day. Just on July 4, we had two mass shootings,” Niou said. “It’s impossible to say that we aren’t in a crisis here in America, and we have to make sure we are actually bringing in the right solutions.”

“We cannot back away from the fight,” Niou added.

Among her top priorities, Niou said federal investment in public housing was in desperate need after what she called a “decades-long divestment of public housing.”

And with both the Brooklyn and Manhattan parts of the congressional district bordering New York Harbor, Niou highlighted coastal resiliency as an important issue to her potential constituents.