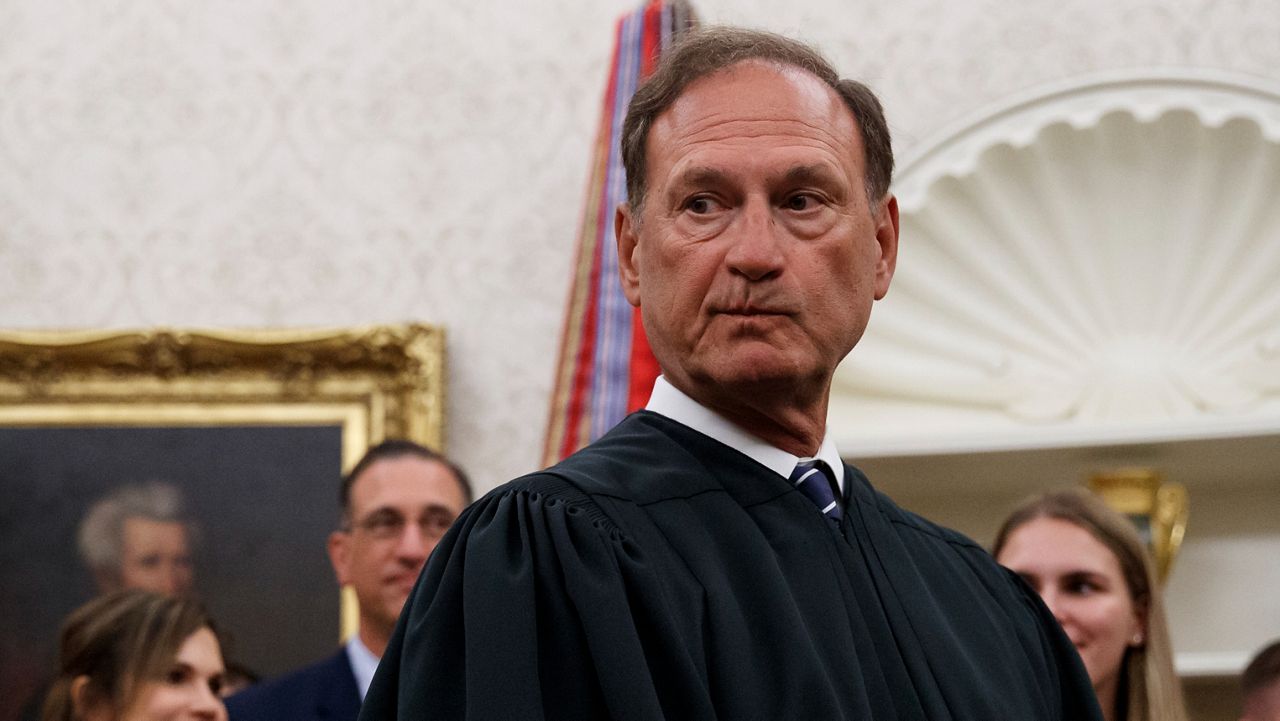 Supreme Court Justice Samuel Alito pauses after swearing in Mark Esper as Secretary of Defense during a ceremony with President Donald Trump in the Oval Office at the White House in Washington, Tuesday, July 23, 2019. (AP Photo/Carolyn Kaster)

A law professor at Columbia University and a reproductive rights scholar warned Wednesday that Supreme Court Justice Samuel Alito’s leaked draft opinion in an abortion case before the court could spell the end of privacy rights when it comes to contraception, gay marriage, and trans rights.

Carol Sanger joined Errol Louis on “Inside City Hall” to lay out how the opinion, leaked by Politico and confirmed as authentic by Chief Justice John Roberts Tuesday, would leave openings for challenges to all kinds of privacy rights.

“People are not unjustifiably concerned that more is at stake than just abortion, as though that weren’t enough,” Sanger said, calling the draft opinion a “full on attack” on the privacy argument made in the Roe v. Wade decision.

“If you take away privacy from Roe, doesn’t everything else built on that privacy fall? And the answer is, it certainly may,” Sanger added.

Alito’s draft does not directly take on the right to privacy, Sanger explained, as many anti-abortion advocates have targeted since the Roe v. Wade ruling in 1973. Instead, Alito argues, the word “abortion” does not appear in the Constitution.

The Third Amendment disallows the government from quartering of soldiers in citizen’s homes, which Sanger interprets as a law protecting personal privacy from state intrusion.

Sanger, the author of “About Abortion: Terminating Pregnancy in the 21st Century,” accused Republican Supreme Court nominees of crossing their fingers when they said Roe v. Wade was settled law or precedent.

“What they said was ‘yes, Roe is settled law. For now. Until I get my hands on it,’” Sanger said. “And now here we are. It’s being overturned.”

A final ruling in the case is set to be issued in June or July.