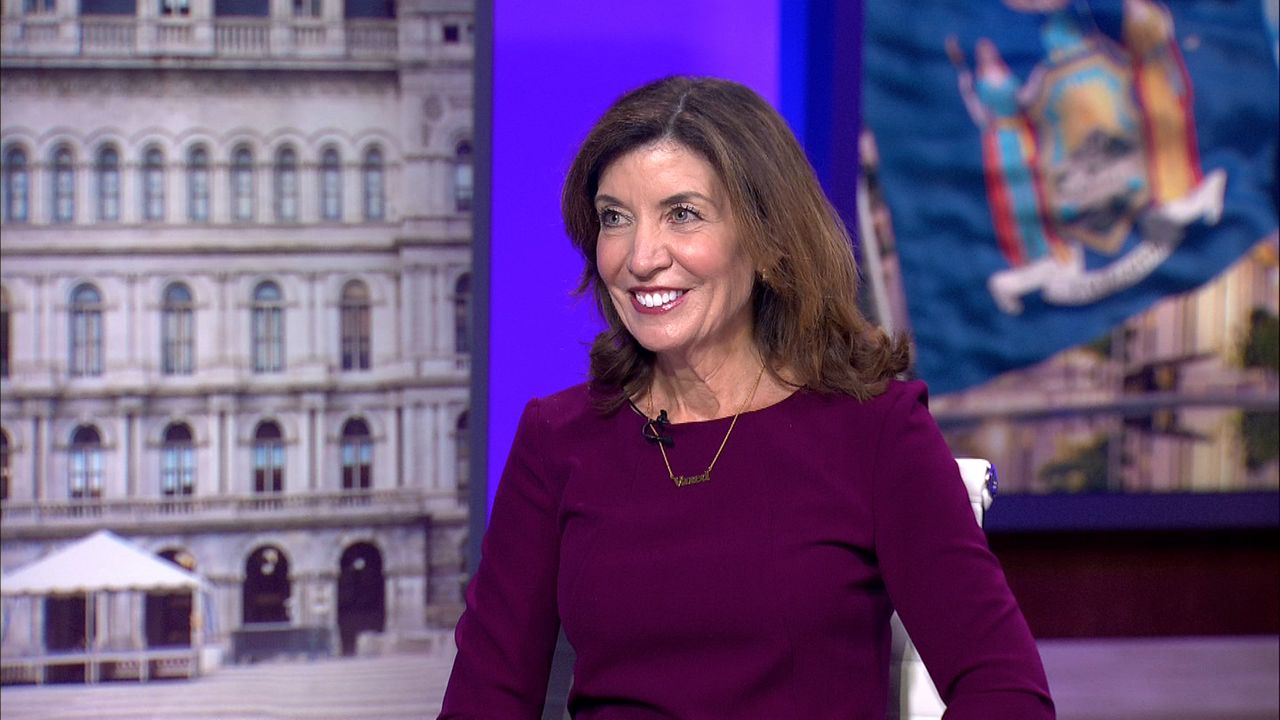 Gov. Kathy Hochul joined Errol Louis for an interview on "Inside City Hall."

Gov. Kathy Hochul on Thursday night said her approach to managing big state-run agencies like the MTA will be "very different" from that of her predecessor Andrew Cuomo, who was accused of micromanaging them.

Speaking on “Inside City Hall” with NY1 political anchor Errol Louis, Hochul said while the buck stops with her, she believes in “empowering leadership,” and unleashing their creative potential.

“I always seek out the best and the brightest, identify my priorities, my goals, make sure they’re in line with them and let them execute,” Hochul said. “If things go wrong, I’m there. But I’m also not going to be hamstringing people who feel that their creativity is suppressed and their ideas are suppressed.”

In another contrast to Cuomo, Hochul said she will not be filling positions at the MTA with political allies, choosing instead to select a diverse group of talented people who represent New York’s ridership.

“The MTA is going to be far more liberated, and I will not be filling with political allies because there’s a lot of talent out there and I want a diverse population representing the riders,” the governor said, adding, “People are going to see a different era.”

Hochul was quick to distance herself from the scandal-ridden former governor, saying she was never a part of Cuomo’s inner circle, when confronted with the question as to why she hadn’t done more to call attention to the alleged misconduct in the Cuomo administration.

“I will tell you, it’s no secret that the governor and I were not close. He has his own tight inner circle. I created my own space and went out all around the state,” Hochul said. “I’ve done what I could as a lieutenant governor who was not brought into those rooms and those quarters.”

This kind of relationship between the governor and lieutenant governor is another thing Hochul said she is determined to change in her administration. On the heels of tapping state Senator Brian Benjamin to become her second in command, Hochul said she wants him to play an essential role, and for them to be in constant communication with one another.