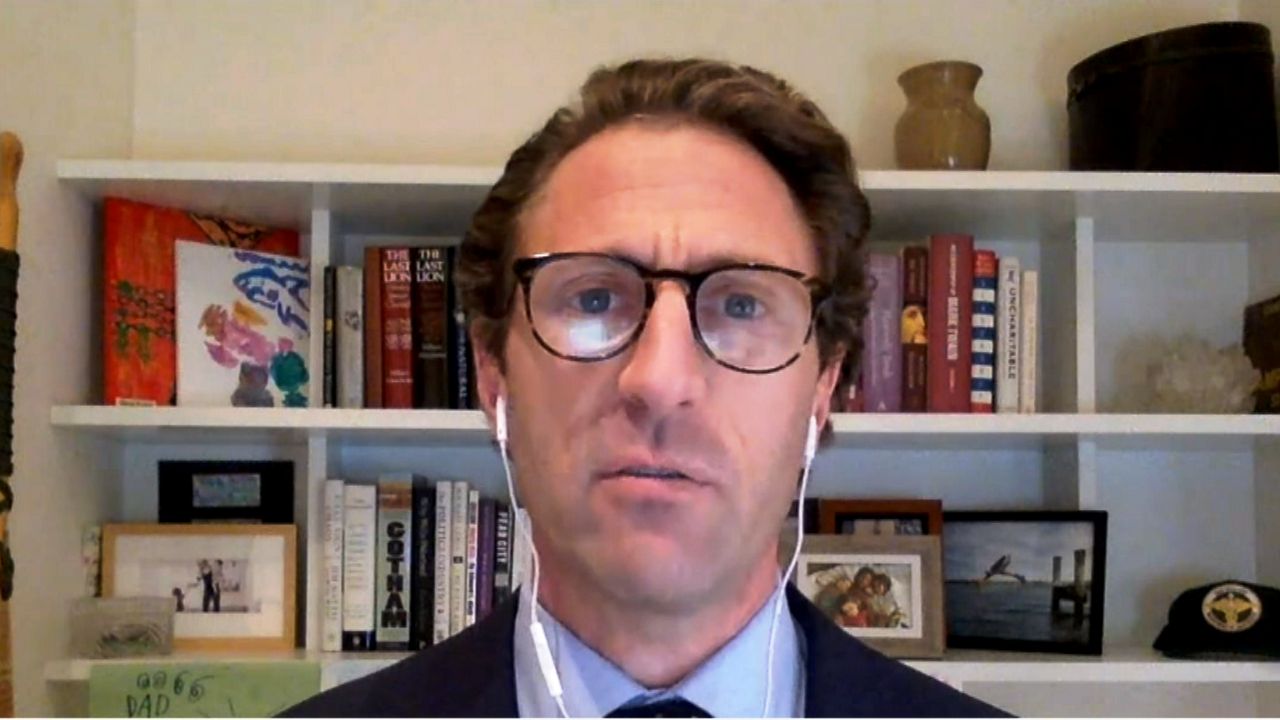 Former Marine and nonprofit entrepreneur Zach Iscol is part of the long list of candidates who is looking to succeed Mayor Bill de Blasio. He joined Errol Louis on "Inside City Hall" to talk about his campaign and top issues facing the city.

When asked about bombshell Department of Investigation report that revealed the NYPD used excessive force during the George Floyd protests, Iscol said lack of leadership and accountability played a major role.

“We need a mayor who says, 'The buck stops here.' I think that is clear from the report that came out today,” he said. "When there was looting going on, he failed to deploy the police properly."

Iscol served in the U.S. Marine Corps. Since leaving service, he launched Headstrong, a nonprofit organization that assists veterans with mental health care. Most recently, he spent time working at the Javits Center's COVID-19 emergency hospital during the height of the pandemic. He said it’s those experiences and what he’s learned from them that make him the most qualified to become the next mayor of New York City.

"In the Marine Corps, you learn that culture of accountability is paramount," he said. "If you lose a rifle, you lose any piece of equipment with a serial number on it in the Marine Corps. That’s the end of your career. And I would argue that’s the type of accountability we not only need within our law enforcement community here in the city, but across city government."

"We are in the middle of one pandemic, COVID, but I think all of us know that we are also in the nascent stage of another pandemic, which is the mental health effects that are going to come out of this," he said.