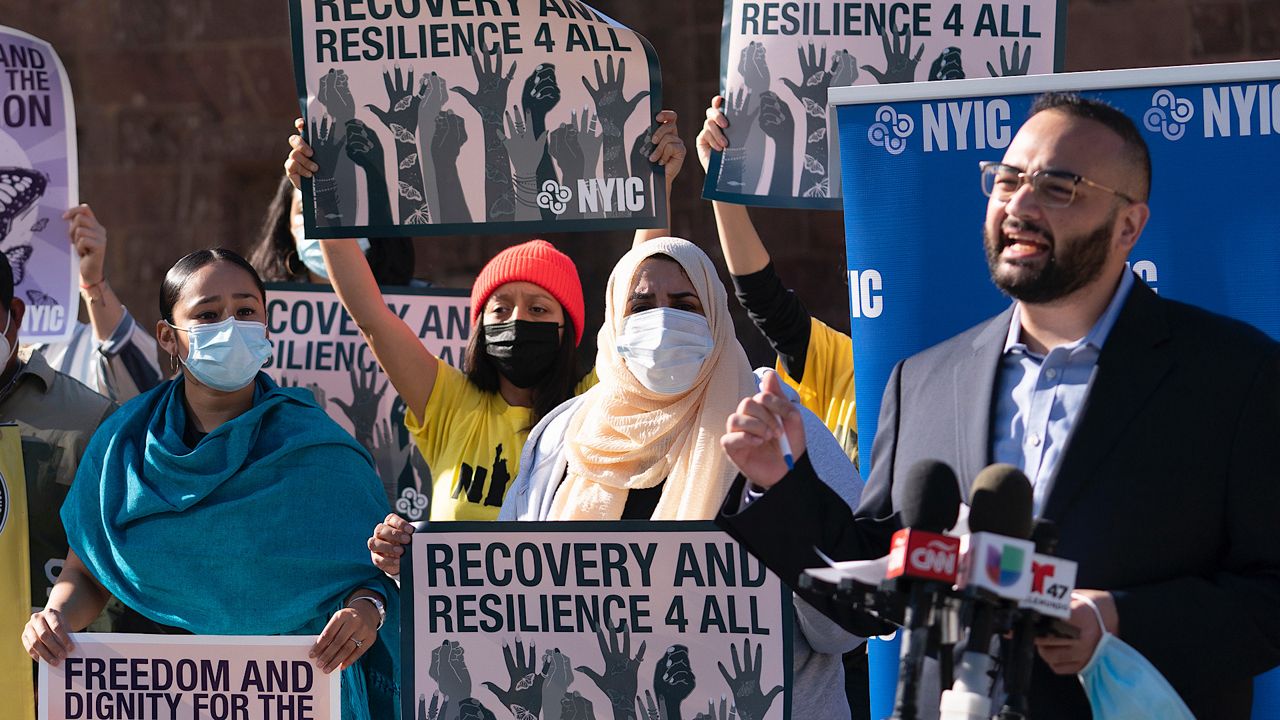 The Effects of COVID on NYC's Immigrant's

There are 1.3 Million immigrants living in New York City, and when COVID hit, the immigrant community was hit hard. More than half are believed to have lost their jobs and with inequities in health care, they were often left behind when looking for testing and treatment.

The city's half a million undocumented immigrants fared even worse. Not only did they lose jobs and businesses, they had no access to the social programs that kept many New Yorkers afloat during the pandemic.

They received no stimulus payments, no unemployment checks, no food stamps and had no health insurance.

Murad Awawdeh is the Interim Co-Director of the New York Immigration Coalition, and he joined In Focus to talk about the struggles faced by New York City's immigrants who, despite paying millions in taxes into the city's coffers, were often blocked from access to desperately needed help.

He also speaks to what he hopes will be a brighter future, as he fights to get some of the funding the city stands to gain from the American Rescue Plan directed toward helping immigrants, many of whom are barely hanging on after a year of COVID.