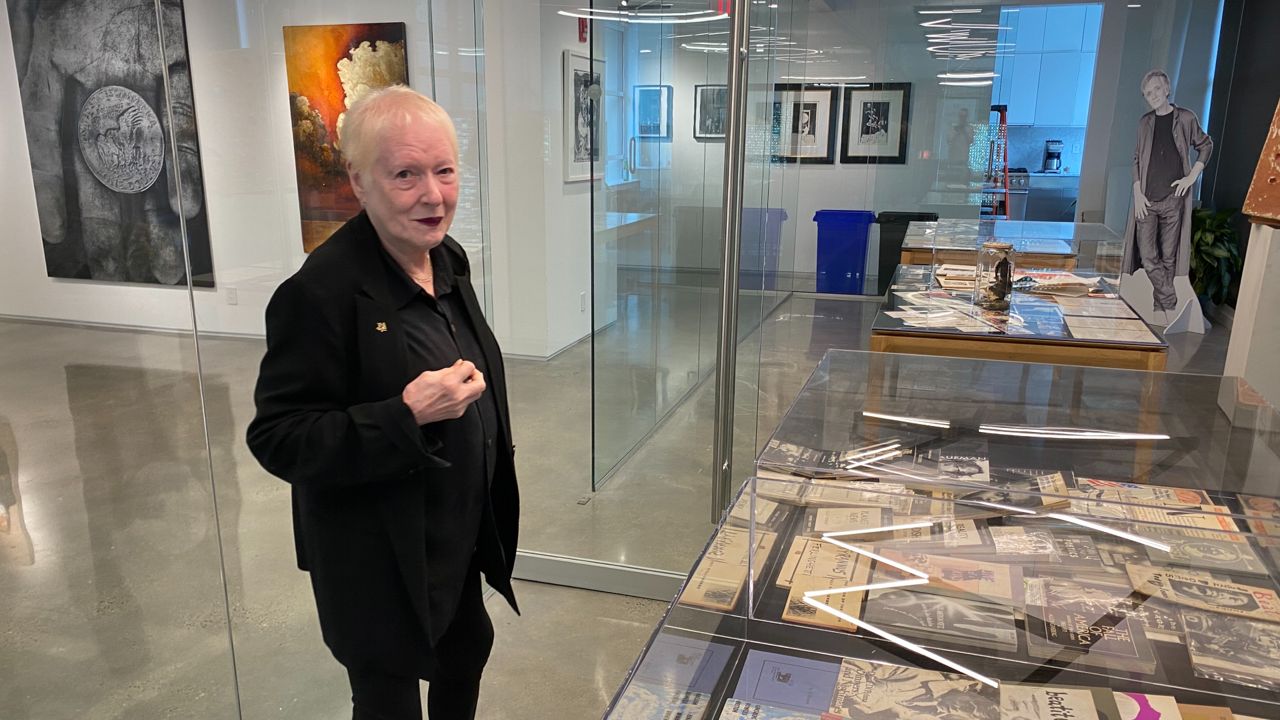 NEW YORK — Howl Arts Founder Jane Friedman shares a book of items from Dee Dee Ramone, Bass Player and Founding Member of Punk Rock Legends, The Ramones. It’s part of the collection of more than 3,000 items at Howl, a nonprofit organization started in 2015 to preserve the past and celebrate the contemporary culture of the East Village and Lower East Side.

"When we started we started because we felt as though there were a lot of artists in this area that had never been recognized and had never gotten what they were due and we decided to give them a chance to show their work and become something and they all did," said Friedman, who was a theater and music publicist who represented the likes of Jimi Hendrix, Frank Zappa and managed Patti Smith.

Howl, named for the famous beat poem by Allen Ginsberg, has expanded to a second location at 250 Bowery called Howl HA/HA, which stands for Howl Arts, Howl Archive. It will be the organization's headquarters, adding to their other space on 1st Street called Howl Happening. The first exhibition there is called Icons, Iconoclasts and Outsiders, with highlights from Howl's permanent collection, including work from the late Arturo Vega. He was Friedman's longtime friend and as artistic director for The Ramones, designed their iconic logo. Vega was also the guiding light behind Howl. The exhibition looks back on more than five decades of the East Village and Lower East Side as a cultural and artistic hotbed.

"I would say Howl is an experience, an adventure, a voyeuristic travel through the lives and the minds of these artists from the past." said Howl board member Riki Colon.

Howl Ha/Ha also features a library with books and other items from many of the writers and performers who lived or performed in the neighborhood over the years. Howl is not just about the past, the organization continues to promote creativity in a neighborhood that has undergone a myriad of changes over the years.

Plan your visit to Howl HA/HA at howlarts.org.