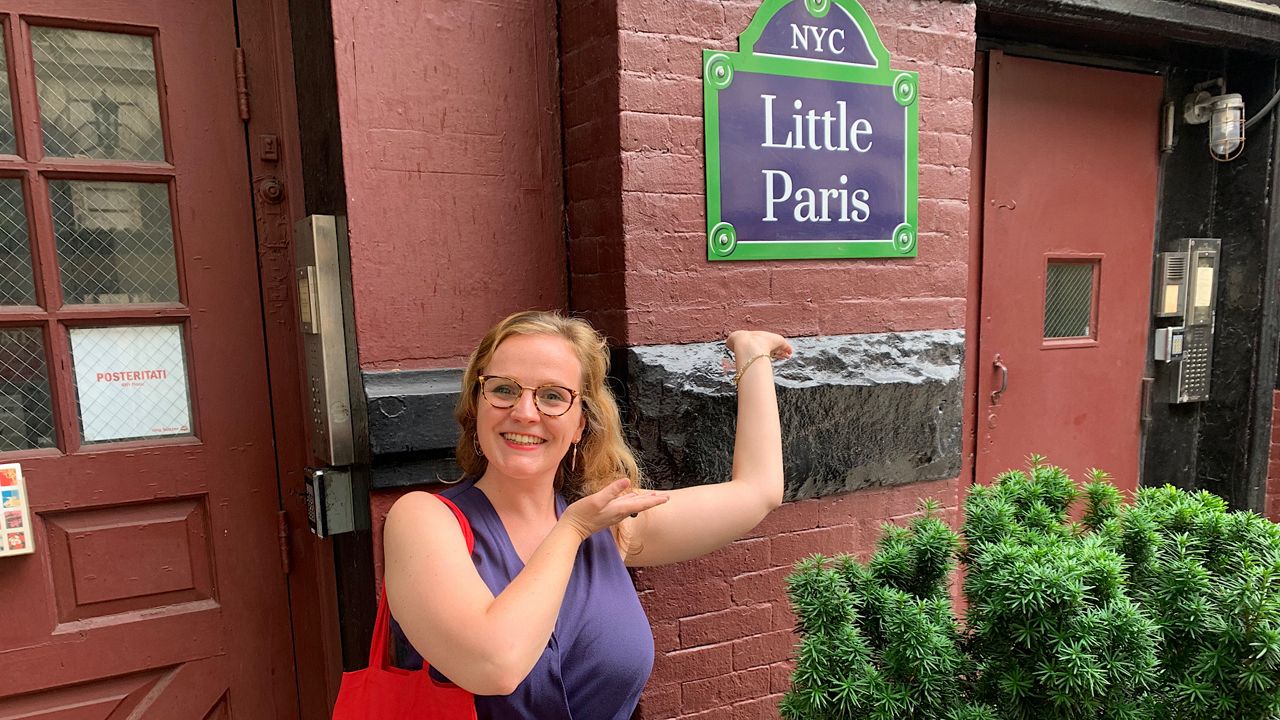 Victoire Lester points to the 'Little Paris' sign made to adorn the block.

French business owners push for a 'Little Paris' in NYC

A community in Manhattan is looking to honor New York's French community all year round.

“There’s a long history of love and friendship between Paris and New York, The Statue of Liberty was a gift from the French,” said Victoire.

Victoire and other residents are pushing for a gift from their neighborhood, just north of Little Italy. They want the block to be officially renamed Little Paris.

“We don’t have a designated neighborhood in New York yet and we think that this area of Centre street between Broome and Grand is the perfect place,” said Victoire.

Elisa Marshall owns Maman Bakery and Cafe on the block and said it’s the perfect time for the name change.

According to Manhattan’s Community Board 2, the process to rename a street requires signatures of support. Victoire is hoping that this Bastille day, which commemorates France’s independence would be the perfect catalyst needed to garner more support.

“We can really celebrate the Frenchness of this neighborhood and make a bigger argument for Community Board 2,” said Victoire.

With the agreement of fellow business owners and landlords, custom 'Little Paris' signs were put up throughout the block.

“In New York you have street signs that are green and white and rectangular, in Paris the names are on plaques just like this,” said Victoire.

Residents in support are hoping these new additions would mean ‘C’est simple comme bonjor’ or an easy win for business here.