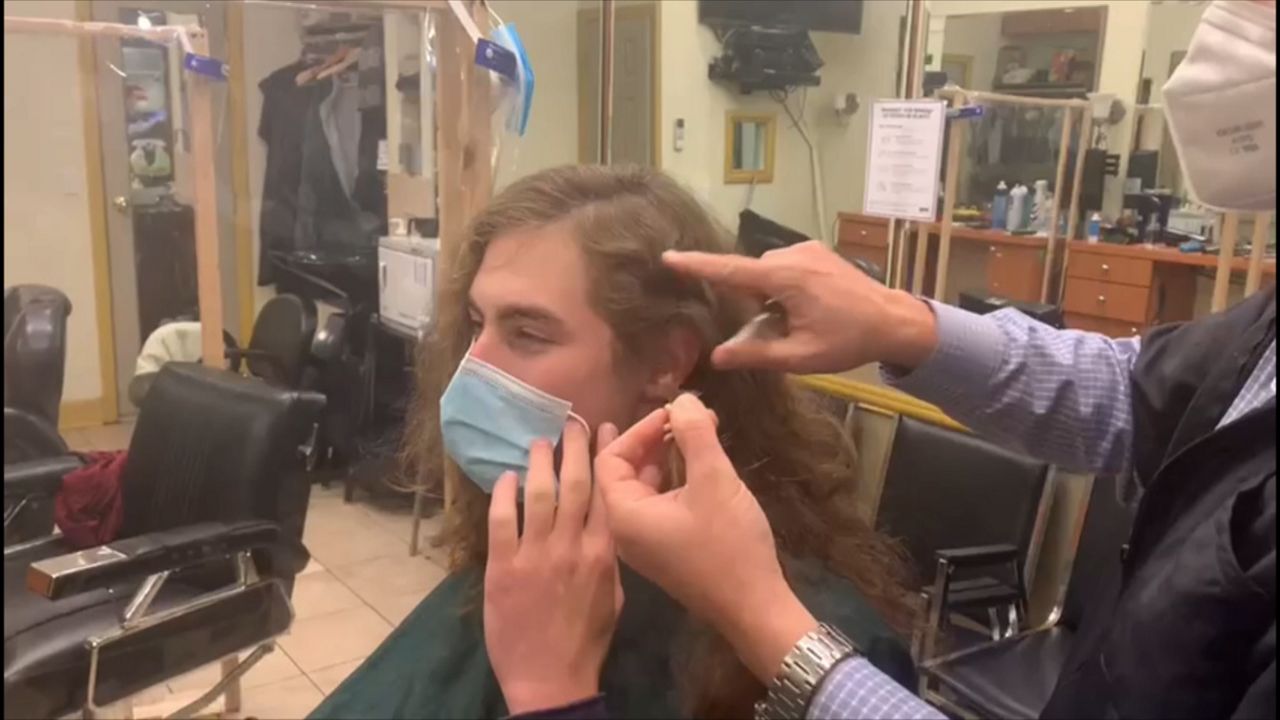 Caleb Rosenfeld is enjoying his new look and feeling a little lighter with shorter hair.

Earlier this month, he sheared off his hair for the fifth time.

Rosenfeld, 16, is now an expert at growing his hair and donating it to charities that make wigs for children suffering from cancer or other medial hair loss. It’s something he started doing in the third grade, when his school held a hair drive.

“That year it was me and maybe seven or eight girls,” said Rosenfeld.

Each year, he grew to appreciate the cause more and more while his long hair became his trademark among friends. Now in the 11th grade, the Upper West Side teen is promoting the initiative he calls “Cutting it with Caleb,” which encourages people who may be making fewer trips to the barber during the pandemic to follow his lead.

“Because of COVID, one of the silver lining in it is that maybe people did not have access to a salon for some amount of time, and I guess that would really be an opportunity if their hair’s already longer, they can potential donate it and that would be really special,” Rosenfeld said.

He’s working with several organizations and says he’s collected over 200 ponytails so far. Some will go to make hair hats, which he says are easier for kids to put on. The goal is to collect 3,000 inches by the end of the year.

“For all I know, someone halfway across the world can literally be wearing a piece of me, and hopefully, something, it could make them feel better, at least on the outside,” he said.

Rosenfeld plans to grow his hair out again for another donation next year.