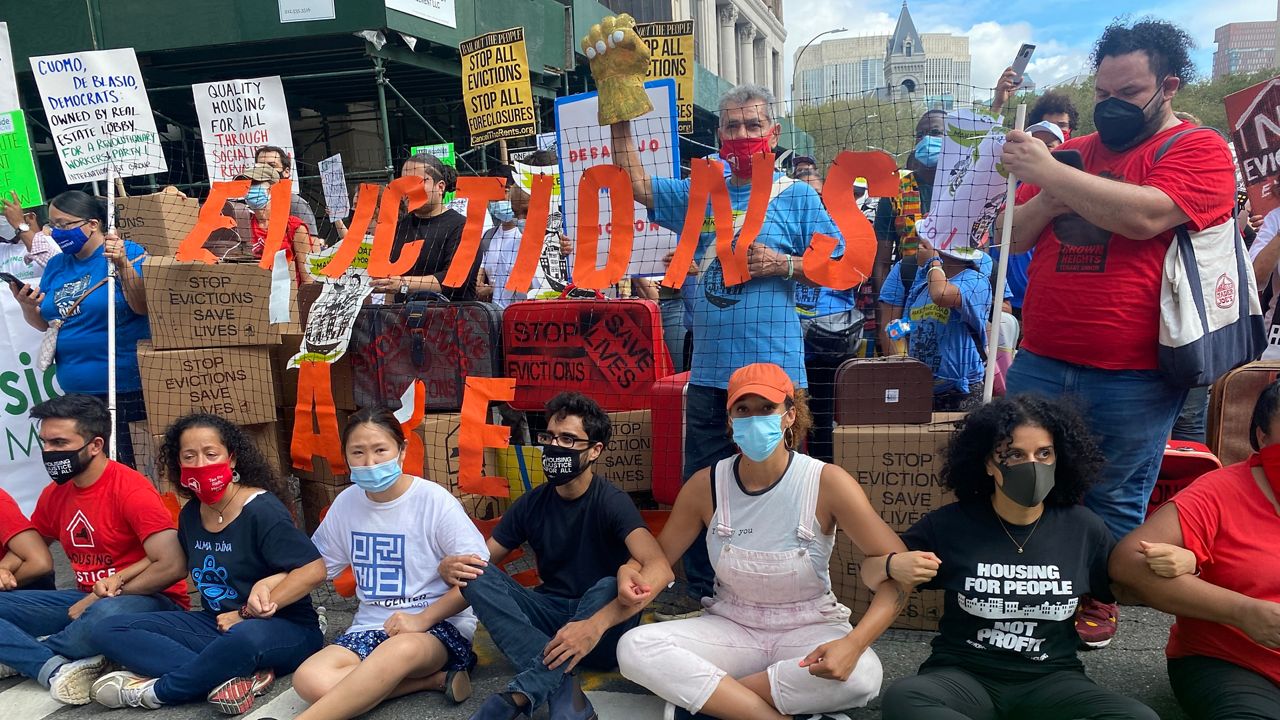 Demonstrators at an Aug. 19, 2021 protest in Brooklyn, calling on the state to speed up its distribution of billions of dollars in emergency rental relief. NY1/Eduardo Velarde.

NEW YORK — Police arrested more than a dozen protesters blocking traffic and not listening to police in Brooklyn on Thursday after acts of civil disobedience to call attention to what demonstrators see as the state’s failure. 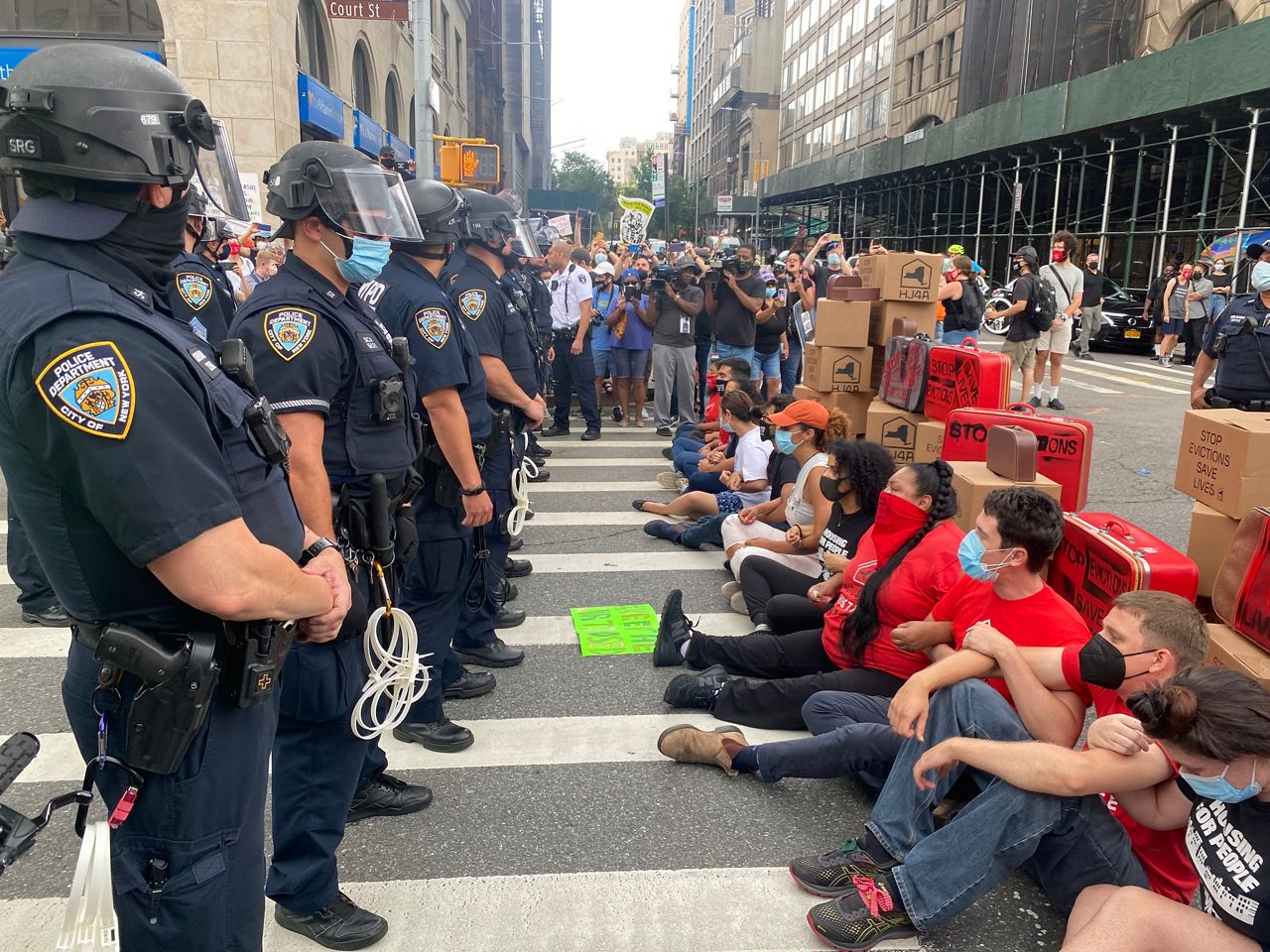 Police officers and demonstrators face off Aug. 19, 2021, at a protest calling on the state to speed up its distribution of billions of dollars in emergency rental relief. NY1/Eduardo Velarde.

Mudd was among the demonstrators. He’s been unemployed since the COVID-19 pandemic hit the city, forcing gyms to close and forcing him out of his job as a personal trainer. He estimates he owes his landlord about $6,000.

According to the state, by the end of July more than 114,000 people in the city applied for the $2.7 billion COVID-19 emergency rental relief program.  The federal money started flowing into state coffers in January.

But, as of Aug. 9, the state had distributed only about $100 million to landlords, alleviating the rental debts of about 7,000 households.

Elected officials who spoke at the protest and later attended a legislative hearing designed to hold the governor’s office responsible, addressing the incoming governor, Kathy Hochul.

“The first thing on your agenda, madam governor, is making sure every single one of these folks and everyone single one of the tenants in the state of New York stay in their homes,” said State Sen. Gustavo Rivera, who represents parts of the Bronx.

Advocates say this, coupled with the looming eviction moratorium deadline at the end of the month, could be catastrophic for people who are behind on rent.

“The only thing standing in front of homelessness for a lot of people is the moratorium,” said Genesis Aquino, an advocate with NY State Tenants and Neighbors.

But last week, the United States Supreme Court diluted the moratorium, ruling renters can no longer avoid eviction simply by submitting a hardship declaration form. They must now prove in court that the pandemic hurt them financially or that they would face health risks if they have to move.

“There are a lot of landlords filing cases for non-payment on rent,” Aquino said.

Tenant advocates want stronger protections put in place, but landlords encourage everyone to apply to the emergency rental assistance program because, despite the slow rollout, it automatically protects applicants from eviction. It also will pay buildings owners and potentially help everyone clear up their debts.