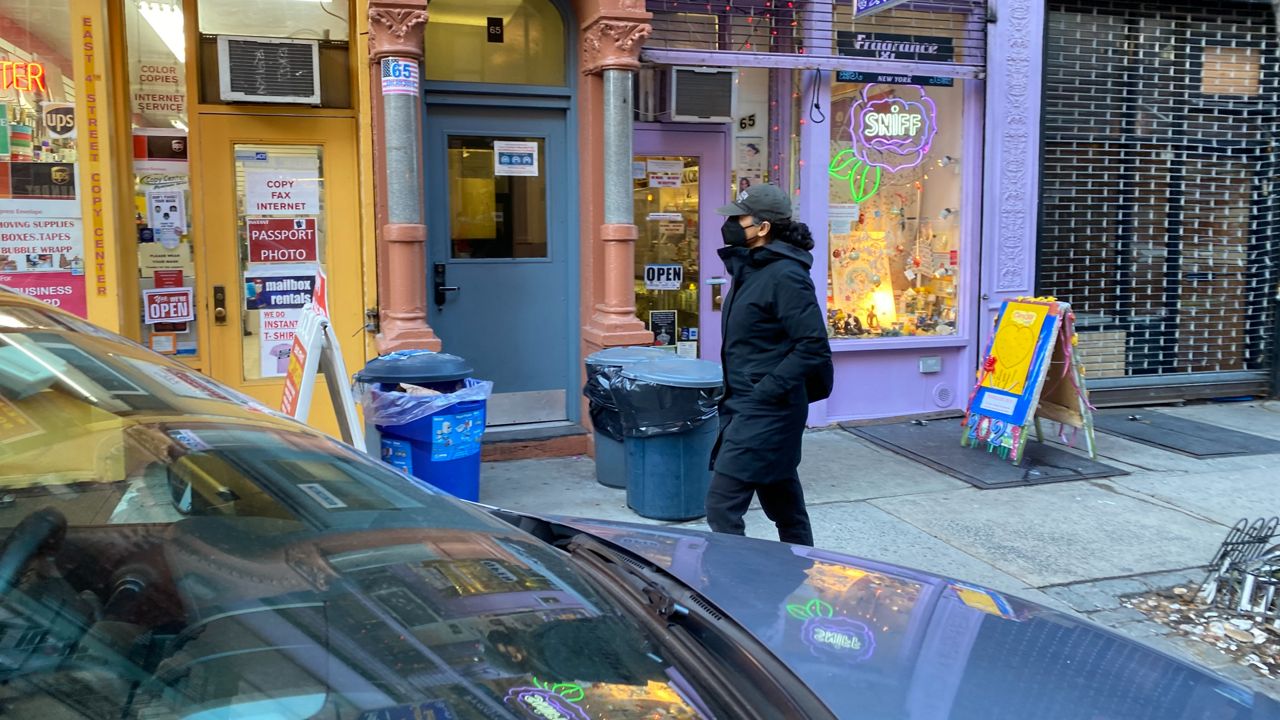 “Definitely a lot of stress," she says, adding that it "led me to depression.”

She’s freelance photographer,mostly out of work since the pandemic began.

Despite wanting to work, she hasn’t been able to pay rent since August.

But NY1 has learned New York State is sitting on $1.3 billion designed to wipe out back rent.  It’s supposed to go to landlords to get tenants at least partially out of debt.

The National Low Income Housing Coalition reports five states have opened their Emergency Rental Assistance programs. New York is not among them.

“Appalling, angered.  It’s un-humanitarian, I would say,” Phillips said. She said she's frustrated with the state because it’s known the money was coming since Christmas, when Congress earmarked $25 billion for this.

“Every single week that goes by that this doesn’t get out the door, and every single requirement that is added at the legislature, whether it be on the landlord side or the renter renter side, delays the inevitable. We’re adding debt to people who cannot afford it,” said Jay Martin, the executive director of the Community Housing Improvement Program or CHIP.

Martin says his members, small landlords across the city, are hurting because people aren’t paying rent, and many of these residential landlords are consequently not able to pay hundreds of millions of dollars in property taxes.

“We have to make sure this money gets back into the housing ecosystem," Martin said, "so taxes get paid and we keep New York running.”

The feds put out answers this week to frequently asked questions. To qualify for the money, you must have taken a financial hit from the pandemic, demonstrate housing instability, and earn at or below 80% of area median income.

Phillips is counting on qualifying so her landlord can receive some of the money she owes.

The state's Office of Temporary and Disability Assistance said it is in the process of developing a rent relief program.

"The Office of Temporary and Disability Assistance is working with its partners in the state Legislature to develop a rent relief program that both meets federal requirements and addresses the housing needs of New Yorkers," spokesman Anthony Farmer said in a statement. "While we await federal guidance, we are working with New York State Homes and Community Renewal and local officials to lay a foundation for this nearly $1.3 billion program. We are crafting a program that will support households experiencing financial hardship and are in rental arrears or are at risk of housing insecurity, with a priority given to the lowest-income households and individuals who are unemployed. The state will also use $800 million in federal funding to leverage $480 million in resources provided to localities, with the dual goals of gaining efficiencies and preventing fraud."