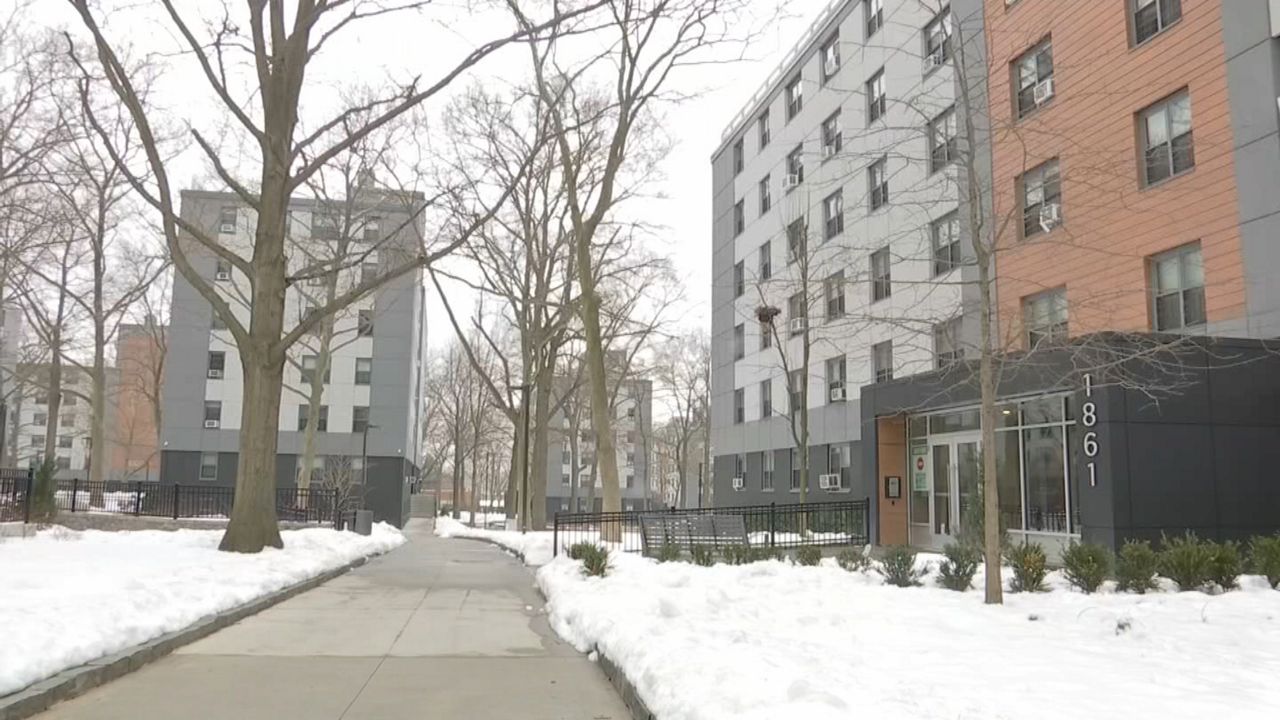 On one street in the Bronx, you can see the past and the future of the New York City Housing Authority.

On one side, one of the largest developments in NYCHA, Edenwald Houses. Trash was piled up outside one of its buildings this week when we visited.

On the other — a former Housing Authority development now being managed by a private company with millions of dollars in renovations just completed in December.

Sandra Gross is the tenant leader here at Baychester Houses. Her development was turned from public housing into Section 8, a federal housing subsidy program, in 2018.

“The heat is wonderful,” Gross told NY1 this week. "We get hot water. They used to be on holidays. You’ll have hot water on Wednesday and if Christmas is Thursday and you wake up Christmas morning, you won’t have no hot water. Now you can say we have hot water we have heat."

The Housing Authority is trying to repeat similar deals, something officials like to call a public-private partnership, across the city.

“We are at Baychester Houses in The Bronx. It’s an 11 building complex. It’s 440 units. We are thrilled to have just finished a $40 million renovation of the property."

Housing Authority officials and representatives from the development team gave NY1 a tour of the new digs this week.

Those buildings look new. There are new parks.

The inside has more — new kitchens, new bathrooms.

But this program, which NYCHA calls PACT, sparks fear in the hearts of residents elsewhere. They fear evictions when the private managers come in.

“Before we evict anyone we first make every foot to make sure they have the services they need to pay the rent,” said Camber Property Group Principal Rick Gropper, who is part of the development team. Gropper and NYCHA officials say no tenants have been evicted at Baychester since the conversion.

Now that Baychester’s renovations are complete, NYCHA officials are turning to the next conversion -- Edenwald Houses.

“By the middle of this year, we’ll have a sense of who we are bringing on board to bring comprehensive repairs to Edenwald,” said NYCHA Real Estate Development Executive Vice President Jonathan Gouveia. “And it is absolutely our expectation that the type of repairs occurring across the street will be at least similar to what you are seeing at Baychester."

As for Gross, she says her tenants are happy.